Recommendations for the Executive Branch, as part of AJC's Call to Action Against Antisemitism in America. 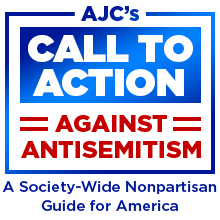 The White House and Executive Branch agencies play an unparalleled role in promoting national cohesion around important issues and charting long-term, sustained engagement. As antisemitism continues to threaten the well-being of the Jewish community, federal agencies have the responsibility and the resources to raise awareness, respond, and most importantly, prevent it. Please note that the suggestions offered below are not exhaustive. There is always more that can be done.

Countering antisemitism begins with understanding it. The International Holocaust Remembrance Alliance (IHRA) Working Definition of Antisemitism, a proven, flexible tool, is internationally recognized as the authoritative definition of antisemitism.

All federal agencies | A common understanding of antisemitism improves cooperation and effectiveness. All federal agencies would benefit from using the IHRA Working Definition. Additionally, the White House can encourage states and localities to adopt and utilize it.

Address physical attacks and domestic terrorism | Physical attacks against Jews are often perpetrated by white supremacist extremist groups and homegrown violent extremists. A federal plan to address the propagation of extremist ideologies in public institutions, such as prisons and law enforcement units, is recommended as well as the reestablishment of interagency initiatives between federal and state agencies to address domestic terrorism.

Mitigate online threats | The White House should back legislative efforts to reform Section 230 of the 1996 Communications Decency Act to hold social media companies liable for content on their platforms. Lawmakers from both sides of the aisle and some platforms are calling for such reform. For clarity and consistency, we must ensure one solution, not 50 individual state solutions, sufficiently addresses the problem. Additionally, the U.S. government can designate transnational white supremacists and other extremist groups as terrorist organizations. Doing so mandates that social media companies remove their content and severely limit white supremacists’ ability to recruit online.

Encourage data collection | The White House should call on state and local governments to rectify endemic underreporting of hate crimes to the FBI. To ascertain Jewish experiences with antisemitism and root causes, federal government agencies can fund and conduct large-scale surveys of American Jews and the general public. This information can inform and improve everything from security to educational programs. For instance, the Department of Education, through the Civil Rights Data Collection (CRDC), can conduct surveys in public primary and secondary schools to gather data on anti-Jewish incidents.

Increase awareness | Federal agencies can help raise awareness about antisemitism, including by issuing public condemnations and expressions of solidarity when incidents occur. Doing so elevates the issue, showing that combating antisemitism is a priority for the U.S. government.

Engage with the Jewish community | Holding regular meetings with Jewish communal representatives to learn about priorities and concerns, and to offer transparency about how federal agencies are responding and taking action, is a way for the White House to model how the government at all levels can generate goodwill and facilitate vital information sharing.

Hold a government summit |The White House has taken the lead on convening task forces and/or hosting summits on critical issues. We recommend a federal government-wide summit on combating antisemitism in all its forms with plans and pledges from each Department.

Ensure a whole-of-government response | An approach that integrates the collaborative efforts of all facets of the government will help achieve unity of effort towards addressing antisemitism. White House efforts should involve Congress and include a funding mechanism to meet security, educational, and training needs.