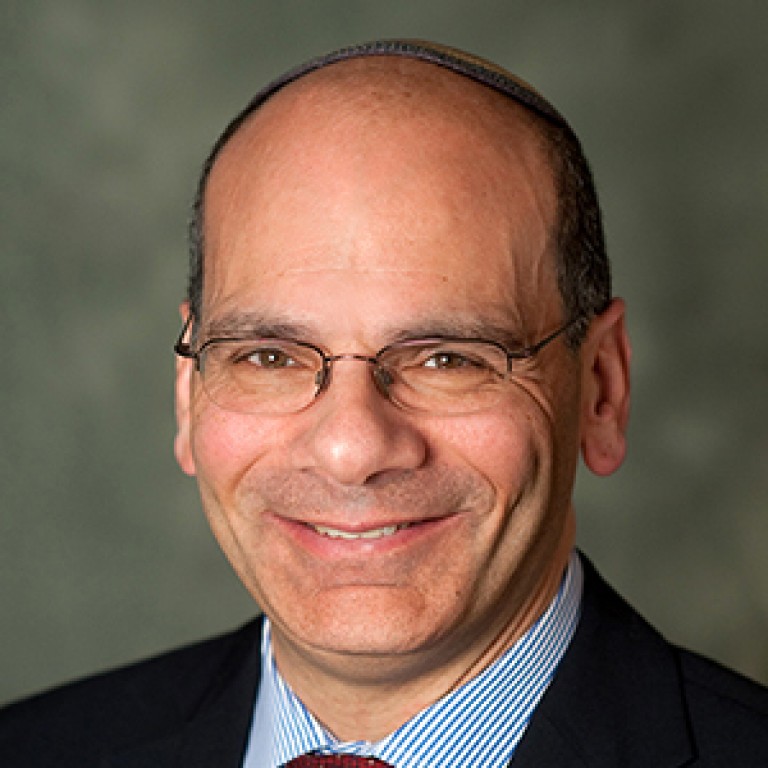 Rabbi Noam Marans is AJC's Director of Interreligious and Intergroup Relations, heading the agency’s national interfaith outreach and advocacy. A recognized leader of Catholic-Jewish dialogue, he played a central role in celebrating the fiftieth anniversary of the transformational Nostra Aetate document, delivering a keynote address at the official U.S. Catholic commemoration and participating in multiple audiences with Pope Francis. He has also expanded AJC’s engagement with Muslims, Latino Evangelicals, and Latter-day Saints, and leads efforts to turn back anti-Israel initiatives within Mainline Protestant denominations. He spearheaded AJC’s constructive criticism of the controversial Oberammergau Passion Play, which resulted in mitigation of the production’s anti-Jewish elements. Before arriving at AJC in 2001, he served for sixteen years as rabbi of Temple Israel in Ridgewood, NJ. He earned a B.A. in political science at Columbia University and an M.A. and Rabbinical Ordination at the Jewish Theological Seminary, which has recognized him with an honorary doctorate for decades of service to the Jewish people. He is a past president of the Northern New Jersey Board of Rabbis and serves as chair of IJCIC, the International Jewish Committee for Interreligious Consultations.