AJC’s 2016 Survey of American Jewish Opinion, conducted by the research company SSRS, is based on telephone interviews carried out August 8-28 with a national sample of 1,002 Jews over age 18. The margin of error is plus or minus 3.57%.

1. Where would you place yourself on this scale?

2. In politics today, do you consider yourself....

3. If the presidential election were held today, for whom would you most likely vote? 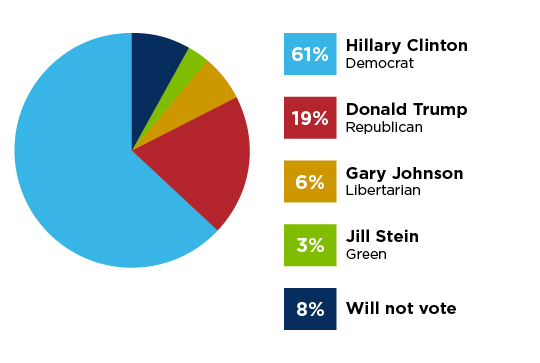 4. How important to you is the choice of the vice-presidential candidate in deciding whom you will vote for in the 2016 presidential election?

5. Seats in the House of Representatives and, in some states, Senate seats and/or governorships will also be on the ballot. If the election were held today, would you vote the straight party line, or split your ticket and vote for the candidate of one party for president and another party for other offices?

6a. Among the following choices, what do you think are the most important issues in deciding how you will vote in the 2016 presidential election?

6b. Among the following choices, what do you think is the second most important issue in deciding how you will vote in the 2016 presidential election?

7. How much confidence do you have in Congress?

8. How much confidence do you have in television news?

9. How much confidence do you have in the police?

10. What role do you think the U.S. should play in solving international problems?

11. When children in our country grow up, will they be better off, worse off, or neither better nor worse off than their parents?

12. How would you characterize the U.S.-Israel relationship today?

13. Which of the two major party candidates for president would be better at handling terrorism? 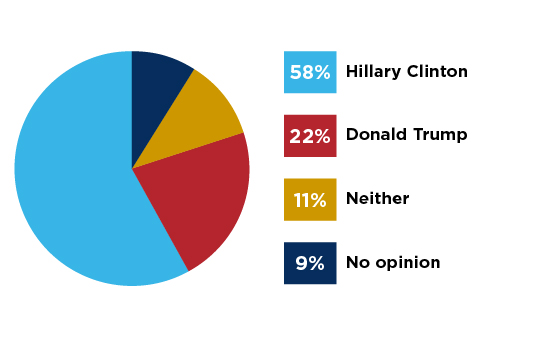 14. Which of the two major party candidates for president would be more likely to unite the country?

15. Which of the two major party candidates for president would be more likely to promote U.S.-Israel relations?

16. Which of the two major party candidates for president would be more likely to deal effectively with Iran?

17. Is antisemitism currently a problem in the United States?

18. Is antisemitism currently a problem on the American college campus? 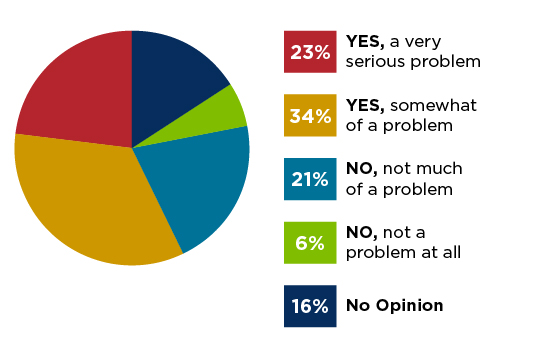 20. What is your current marital status?

21. How important is being Jewish in your life?

22. Do you agree or disagree with the following statement: "Caring about Israel is a very important part of my being a Jew."

23. Do you believe that Israel and an independent Palestinian state can coexist peacefully?

25. Which of these statements best represents your opinion of the role of religion in the State of Israel?

26. Do you think the fact that Orthodox Judaism is the only denomination recognized by Israel as an official form of Judaism...

27. What do you consider the most important change necessary in Israeli Judaism?

29. A proposal has recently been made to set aside an area near the Western Wall in Jerusalem—a site holy to Jews—for mixed-gender Jewish prayer. Currently, prayer services are conducted according to Orthodox tradition, with men and women separated by a barrier. Do you support or oppose the creation of a mixed-gender prayer area near the Wall?

Surviving the Unimaginable: A Child's Story of the Holocaust Listen to the Podcast