The Organization of American States (OAS) and American Jewish Committee (AJC) have co-published a Handbook for the Practical Use of the IHRA Working Definition of Antisemitism. The publication offers clear guidance and examples of how the definition is being used by law enforcement, the judiciary, educational institutions, and civil society.

The Spanish-language handbook is based on the European Commission Handbook for the Practical Use of the IHRA Working Definition of Antisemitism published in January 2021.

“This manual is a necessary and valuable tool that all governments can use to fight against antisemitism, especially in a region where only a few countries have adopted the IHRA Working Definition,” said Dina Siegel Vann, Director of AJC’s Arthur and Rochelle Belfer Institute for Latino and Latin American Affairs (BILLA). “As antisemitism rises globally, Latin America thankfully has not seen incidents of violent antisemitism since the AMIA bombing in 1994, considered the worst assault on Jews since World War II. We hope that this handbook will be added motivation for more nations in the Americas to adopt the working definition as a preventive measure.”

The Working Definition of Antisemitism, adopted by the International Holocaust Remembrance Alliance (IHRA) in 2016, is a comprehensive definition that describes the hatred in all its various forms, including both traditional and contemporary manifestations. AJC played a key role in the early development of the Working Definition in 2004 and has been actively encouraging governments worldwide to adopt and use it.

Publication of the Inter-America version of the handbook comes three years after OAS Secretary General Luis Almagro, addressing the AJC Global Forum in Washington, D.C., declared that the regional organization would adopt the IHRA Working Definition and urged its 35 member states to do the same. To date, Argentina, Colombia, Guatemala, and Uruguay, Canada and the EU have adopted the definition.

“Antisemitism is one of the oldest and most lasting forms of racism and xenophobia in the Hemisphere which threatens democratic practices and human rights. It endangers the humanistic principles of inclusion, respect of diversity and social peace that is promoted by the OAS,” said Luis Almargo, OAS Secretary General.

Last June, Almagro, after consultations with AJC, announced at the virtual AJC Global Forum creation of a new position, OAS Commissioner to Monitor and Combat Antisemitism, and subsequently appointed as the first commissioner Fernando Lottenberg, a renowned Brazilian constitutional lawyer and member of BILLA's Board of Trustees.

“More and more, countries in the Hemisphere such as Argentina, Canada, Colombia, Guatemala, Uruguay and the United States have already adopted the definition. We are hopeful that many more will to move in the same direction. The handbook will prove to be a useful instrument to reach that objective," said Lottenberg.

The OAS is the oldest and most prominent multilateral organization in the Western Hemisphere. It comprises 35 member countries. AJC, the leading global Jewish advocacy organization, was granted NGO status at the OAS in 2005. 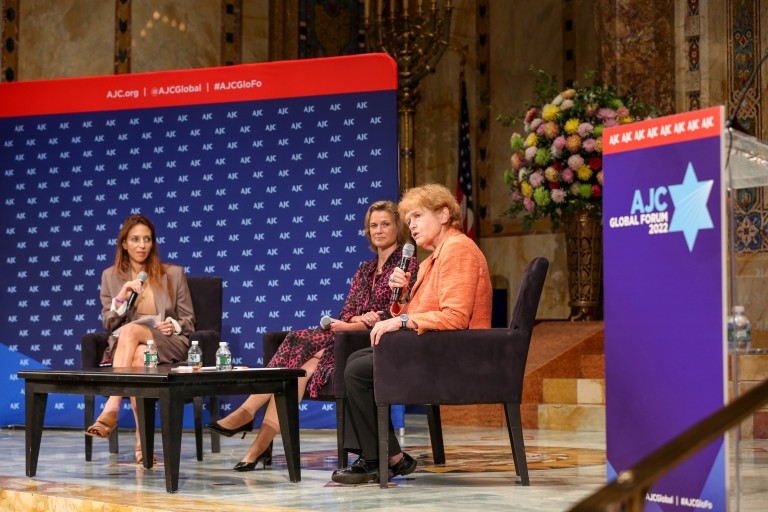 How Can Governments Win the Fight Against Antisemitism? An AJC Global Forum 2022 Conversation Listen to the Podcast