Why Are They Fighting in the Middle East? Because Hamas Is Dedicated to Killing Jews

I was sitting on the couch in my Jerusalem apartment working on my laptop with the door to my garden open when I heard air raid sirens rising in the distance. Just a few hours earlier, Hamas had issued Israel an ultimatum, threatening to attack the Jewish state if Israeli personnel deployed to secure the Temple Mount weren't removed from the holy site by 6 PM. It followed through on that threat with an initial barrage of rockets that pummeled the hills around Jerusalem that evening, and Israel has since been subjected to an incessant onslaught of thousands of rockets fired from the Gaza Strip.

As of this writing, seven civilians—including a five-year-old boy, a 63-year-old grandmother of five, and an 87-year-old woman who died while scrambling for cover—and one soldier have been killed and hundreds wounded as rockets have exploded in cities and towns throughout the country, causing widespread destruction and forcing millions of Israelis into bomb shelters.

Some have attempted to portray this escalation as being about several homes in the Jerusalem neighborhood of Sheikh Jarrah that have been the subject of a protracted legal battle between Israeli Jews and Palestinians stretching back nearly fifty years. It is not.

Others have attempted to portray it as being about a nefarious Israeli scheme to take control of the Al-Aqsa Mosque, which has been entrusted by Israel to Islamic custodianship since the Jewish state took control over the site in the 1967 Six-Day War. It is not.

Fundamentally, this is about Hamas and its dedication, in word and deed, to destroying the Jewish state and murdering Jews. And it is about basic morality.

This round of violence did not start this week. Since the start of Ramadan, the nighttime air in Jerusalem had been pierced by sirens, helicopters, and the distant pops of riot dispersal means as Palestinian rioters clashed with Israeli police securing the Old City during the Muslim holy month.

At the same time, Arab young people had been swept up in an ugly new TikTok challenge, filming themselves assaulting religious Jews and uploading the videos to the popular social media platform; in response, Jewish youths associated with the racist Lehava organization have preyed on Arab youths in the city center.

As the end of Ramadan approached, tens of thousands of Muslim worshipers ascended to the Temple Mount to attend the final Friday prayers of the month. Upon the prayers' conclusion, hundreds of Palestinians started attacking Israeli police with rocks, firebombs, and other implements that had been stockpiled in the Al-Aqsa Mosque ahead of time. The police responded with riot dispersal means and hundreds of Palestinian rioters and scores of Israeli policemen were hurt in the clashes.

Lurking in the background has been Hamas, which has been maliciously fanning the flames throughout. Already a month ago, Hamas leaders had called for a "massive uprising" in response to nonexistent "racist plans that target Al-Aqsa." Seizing on this manufactured crisis, Hamas leaders urged Palestinian young people to come to Al-Aqsa en masse and confront Israeli police, hailing their "heroism" when they did.

Finally, this past weekend, Hamas television aired a speech by a senior Hamas official in which he called on Palestinians in Jerusalem to behead Jews in the city streets. "Buy a knife, sharpen it, put it there, and just cut off [their heads]," he said, gesturing to his neck. "It costs just five shekels. With those five shekels, you will humiliate the Jewish state."

All of this is well-documented; there are countless photos, videos, and social media posts showing it all. Moreover, Hamas is not shy about its intentions, openly calling for the elimination of Israel and the murder of Jews. It does so, seemingly, at every opportunity, and these messages of hate are broadcast widely—and made tangible in the form of attacks targeting Israeli civilians.

In recent days, as Israeli families have huddled in bomb shelters under a constant rain of deadly rockets, some have sought to point a finger, incredibly, at Israel.

"Personally, I cannot watch that footage and hear those numbers and see a fair fight," said Daily Show host Trevor Noah after discussing Palestinian and Israeli casualties in a special segment dedicated to the escalation. "Like, set aside motives and intentions and just look at technology, technology alone. Israel has one of the most advanced militaries in the world."

Several others—including senior Western officials—have called for "restraint" from "both sides," suggesting that Israel and Hamas bear equal responsibility for the situation.

While these statements differ in outrageousness and repugnance, they all display a basic inversion of morality.

Israel and Hamas are not equal. One is a liberal democracy that, however imperfect, is governed by the rule of law and conducts itself according to exacting ethical standards. The other is a terrorist organization that has murdered and maimed thousands in accordance with a charter that openly calls for genocide. One goes to unprecedented lengths not only to defend its own civilians but to protect those on the other side, as well, sacrificing military objectives to minimize casualties. The other will stop at nothing to kill as many civilians as possible, often sacrificing its own civilians in the process. One views any civilian casualties as a terrible operational failure. The other views civilian deaths—on either side—as a great operational success. One is fundamentally moral; the other utterly amoral.

So, no, Congresswoman. You seem to be confused. The terrorists are the ones intentionally firing rockets at civilians, not those targeting them to prevent further attacks.

And no, Western pontificators. The fireman and the arsonist are not equally to blame for the fire. If there were no rocket attacks, there would be no military response.

As I write this in the wee hours of the night at home in Jerusalem, my phone is buzzing constantly with alerts about air raid sirens at different locations across Israel. I have to remind myself that each time another notification appears on my screen, parents are scrambling from their beds and rushing to grab bleary-eyed children so they can make it to their bomb shelters in time. Elderly men and women are hobbling down stairs as fast as their legs will carry them. Nurses are wheeling bedridden patients to safety.

Now is the time for moral clarity. There is right and there is wrong. There is good and there is bad. It is not simplistic to say so; indeed, it is necessary.

Avi Mayer is the Managing Director of Global Communications at the American Jewish Committee. You can follow him on Twitter at @avimayer. 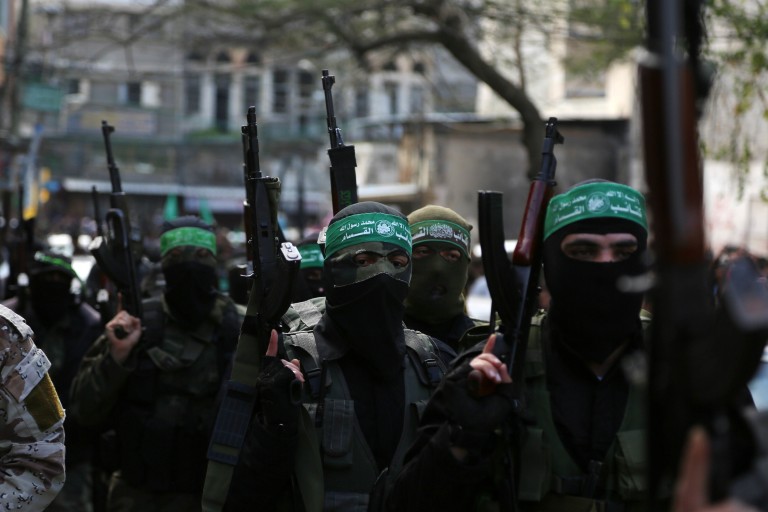