Russian President Vladimir Putin justified his current invasion of Ukraine by asserting the country needed to be denazified.

It was a rather odd assertion, to say the least. Ukraine is led by a proud, democratically-elected Jew, Volodymyr Zelensky, chosen by nearly three-quarters of the voters in 2019. Meanwhile, Ukrainian Jews were enjoying a vibrant religious and communal life until the Russian assault, and the government had adopted one of the toughest measures anywhere against antisemitism.

Ironically, this was a perfect example of “the pot calling the kettle black.” Indeed, it was Putin’s regime drawing from the Nazi playbook, not Ukraine.

Now this gets tricky. After all, the Soviet Union fought Nazi Germany tenaciously, and victoriously, from 1941 to 1945, after two years of complicity with Hitler due to the Molotov-Ribbentrop agreement. The Soviets endured by far the heaviest losses among the Allied forces, and their valor and tenacity were crucial to vanquishing Nazism.

But even that history does not give Putin a pass today. The stark, unavoidable truth is that Putin is behaving in a way eerily reminiscent of 1938-9.

Like Hitler, he is filled with rage and endless grievances. He has created a phony history to justify his behavior. He believes he’s surrounded by enemies whose aim is to humiliate Russia. He sees his divine mission as restoring the power, and fulfilling the preordained destiny, of his nation. He seeks to portray himself as the leader and defender of all Russian speakers near and far. He’s convinced that his foes are weak, pliable, and unprepared for battle. He’s acted step by step, grabbing lands (Transnistria, Abkhazia, South Ossetia, Crimea, Donbas, Belarus), then pausing to assess the reaction before taking still more when the response, he concludes, is largely muted, short-lived, and cost-free. And he has surrounded himself with “yes” men, unable or unwilling to put an end to his madness, which could one day include nuclear weapons.

In the world of Putin, there are no rules of warfare, other than to strike fear, spread terror, and attack not only military, but also civilian targets throughout Ukraine. Concepts like international humanitarian law, proportionality, and protection of civilians are only for the faint-hearted and squeamish.

Thus, residential buildings are hit by Russian bombs and missiles. Children are killed. Massive refugee flows are triggered. Civilian infrastructure is damaged. A Holocaust site is struck. So is a church. The president becomes the target of assassination squads. Nuclear power plants are seized. And protesters at home are arrested, while the state controls the means of communications.

And all the while, the Russian propaganda machine, with a straight face, insists there’s no invasion, only a noble effort to stop a Nazi-like “genocide” against Russian speakers in Ukraine. Genocide? What utter rubbish, worthy, yes, of Joseph Goebbels, the Third Reich’s Minister of Propaganda.

Of course, his spokespersons also absurdly claim, parroting Putin, that there’s no Ukraine and no Ukrainian people, even as this “non-country” and “non-people,” which existed long before Russia, have united in remarkable fashion to confront the invaders and given them the fight of their lives — and despite a practically nonexistent air force, virtually no air defense systems, and a weak navy.

In the fog of war, truth becomes an early casualty. That’s why it’s all the more important to stress again and again that: (a) Ukraine is a sovereign nation; (b) Like other sovereign nations, it has the right to chart its own destiny; (c) Neither yesterday nor today, Ukraine poses absolutely no threat to Russia, a vastly larger and more powerful neighbor; (d) Russia invaded Ukraine for its own imperialist reasons and, by doing so, has put the entire world at risk; and (e) The Putin regime is guilty of war crimes.

So, by all means, let’s discuss the urgent need for denazification. But starting in Moscow, not Kyiv.

David Harris is the CEO of the American Jewish Committee (AJC). 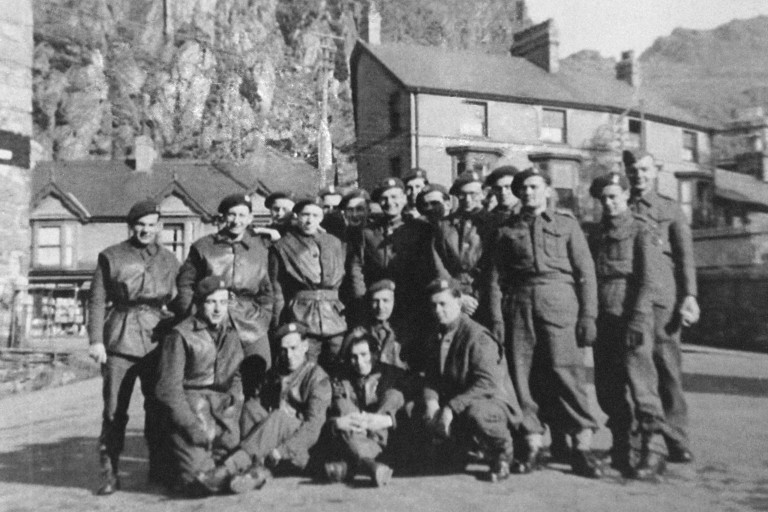