The beit midrash (study hall) at Yeshiva University rarely welcomes leaders of other faiths. I was an undergraduate in 2004, when a group of Catholic cardinals walked among the pairs of students engrossed in vigorous Talmudic debate over the meaning of traditional texts. I recall vividly the brief silence that broke the usual cacophony of voices.

It was the first time Y.U. had opened its hallowed hall of study to leaders of another faith. The event sparked my interest in interreligious relations, leading to my current focus on the challenge and promise of Muslim-Jewish relations.

Imam Mohammed Magid, spiritual leader of All Dulles Area Muslim Society, one of the largest Muslim communities in the United States, led the delegation of imams, Muslim campus chaplains and interfaith professionals. They met with faculty, students and top administrators to learn how the schools nurture religious identities that are spiritually resilient, intellectually open, and civically engaged. The program was a first for both schools.

Even for veteran interfaith activists in the Muslim community, encountering Orthodox institutional life has been rare.  “We have long had formalized relationships with Reform and Conservative Jews, but we don’t often get to interact with the Orthodox establishment,” observed one Muslim participant.

While the visits were characterized by warmth on both sides, as a Modern Orthodox Jew I can understand why it had not happened before.

Our community is immersed in American culture, but our religious commitments can impede socialization in America’s diversity.  Prioritizing Jewish education, restrictions attached to Shabbat-observance on Saturdays, and adherence to traditional dietary laws may limit interactions in schools and the workplace. Likewise, concerns about intermarriage and negative influence from secular culture can also restrain contact.

Schools such as SAR and Y.U. excel at bringing Jewish knowledge into productive conversation with the sciences and humanities. However, these and many similar institutions are not built for interreligious interaction.

Preconceptions of Muslims presents another challenge. Growing up in the Orthodox community my image of Islam was shaped primarily by studying Jewish history through the lens of the Israeli-Palestinian conflict.  Moments of coexistence and intellectual symbiosis were overshadowed by accounts of degradation of the dhimmi by some Muslim rulers, narratives of forced conversion, and demeaning applications of restrictive laws on Jews enshrined in the “Pact of Umar.” We were not taught the relative infrequency of these events. Furthermore, we did not learn about the lived experiences of contemporary Muslims other than expressions of violent extremism.

At 3.5 million people, Muslims make up a little more than 1 percent of the U.S. population, but comprise one of the country’s most diverse religious groups.  Roughly one-third are African American, one-quarter Arab American, and one-third South Asian American, with the rest of Latino, East Asian, African, and European backgrounds.

American Muslims I know do not appreciate being asked regularly to condemn terrorism or affirm their loyalty to America. According to Pew, American Muslims tally with the rest of the American public in their concern about extremism in the name of Islam and in condemning targeted killing of civilians (between 80-85 percent in all cases). Nine out of ten are proud to be both Muslim and American.

The Israeli-Palestinian conflict and combatting religious extremism are incredibly important issues. However, when American Jews view Muslims only through these lenses we ignore the robust lives our Muslim neighbors lead each day. Likewise, we fail to notice shared questions our communities face as religious minorities in the U.S.

The common experiences of Muslims and Jews were central to the encounters at Y.U. and SAR.

For example, when learning about the Beit Din of America (religious court) from Y.U.’s rabbinical leadership, Muslim participants found parallels to their own communal needs regarding marriage, divorce, and inheritance. Likewise, Muslim and Jewish participants connected about navigating an interest-based economy within religious law that rejects usury (ribit in Hebrew and riba in Arabic).  “If Americans understand that our application of sharia in our own American communities is like your halakha, then it might not be attacked so regularly,” one Muslim participant commented. Y.U.President Rabbi Ari Berman and Imam Magid agreed that faith communities can bring enduring wisdom to a changing world driven by rapid technological advancement and ubiquitous social media.

The Muslim delegation also found common ground with SAR’s leadership on challenges both communities face in educating adolescents. A study session of SAR’s mission statement led by principal Rabbi Tully Harcsztark and administrators, opened a discussion about best practices for inculcating pride in students’ religious identity while fostering a posture of cultural and civic openness.

The Muslim and Jewish educators exchanged views on how to embrace students with religious doubt; how to benefit from mixed gender settings while respecting traditionalist religious ethos; and even how to confront dangerous behaviors, such as vaping, in both communities.  One SAR administrator commented, “I am glad that we can talk about our aspirations, but also reflect on where we are falling short, so that we can learn from one another on this front.”

Throughout the day the most repeated refrain was, “we must do more together, we must continue to engage.”  The visit of American Muslim leaders to YU and SAR required a leap of faith on the part of all involved, and it proved worthwhile. 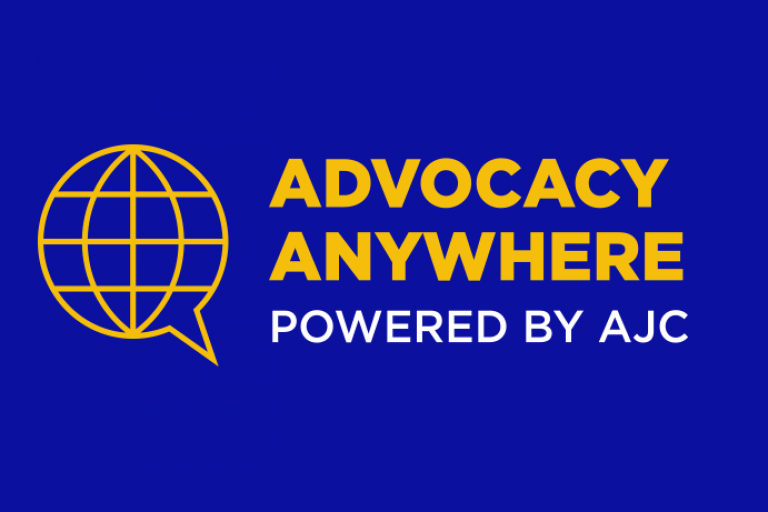