The Muslim Jewish Advisory Council, reacting to the just-released FBI report on hate crimes, said the continued increase in hate crimes in the United States demands a public policy response. The Hate Crimes Statistics report shows an increase of 4.6 percent in hate crimes incidents in 2016 compared to 2015. Anti-Jewish incidents remain the majority of religious-based hate crimes, while anti-Muslim incidents rose nearly 20 percent over 2015.

The Council has applauded the recent House Judiciary Committee’s passage of The Protecting Religiously Affiliated Institutions Act of 2017 (H.R. 1730), which increases federal penalties for bomb threats and other credible threats of violence against religious institutions.

“We look forward to this bill’s adoption by the Congress in order to send a signal of zero tolerance for hate crimes against people of faith,” said Stanley Bergman, Co-Chair of the Council.

Co-Chair Farooq Kathwari added, “The Department of Justice should increase its coordination with the states in public education and community relations, as well as in prosecutions and reporting of hate crimes.”

The Muslim Jewish Advisory Council brings together 44 civil society, religious, and business leaders from across the United States to advocate for domestic policy issues of common concern to the American Jewish and American Muslim communities. Reversing the recent rise in hate crimes, and promoting the place of religious minorities in American society are its top priorities. The American Jewish Committee (AJC) and the Islamic Society of North America (ISNA) are its co-conveners. 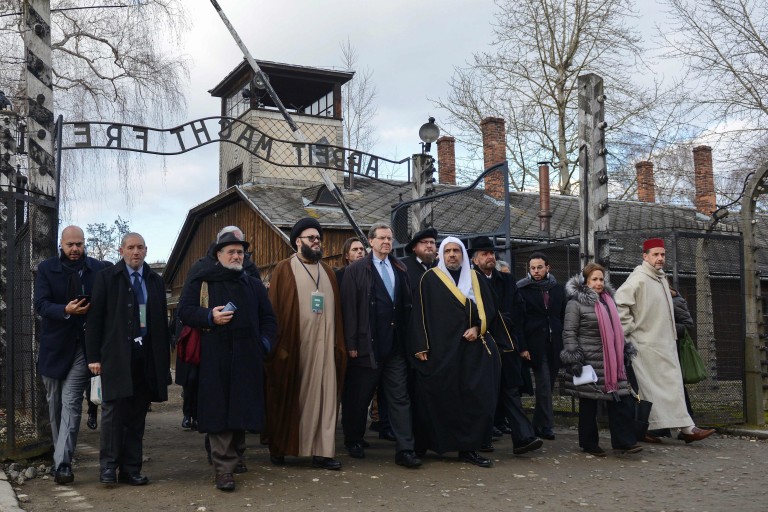