Mithal Jamal Al-Alusi, an Iraqi politician who has reached out to Israel and world Jewry, was honored today with the American Jewish Committee (AJC) Jan Karski Award.

“Mithal al-Alusi has demonstrated, in word and deed, profound personal courage in seeking to achieve his vision of a genuine breakthrough in relations between Arab nations and Israel, as well as democratization of his country and re-engagement with Iraqi Jews who fled abroad,” said AJC Incoming President Harriet Schleifer, who presented the award. “Little has deterred Mithal, including personal tragedy, from pursuing his conviction, and we are pleased to honor Mr. al-Alusi again.”

The prestigious Jan Karski award was presented at the AJC Global Forum, the signature annual event of the leading global Jewish advocacy organization.

“This honor is not just for me. It is for all Iraqis who stand up against the fascists and the Iranian threat,” said Al-Alusi, referring to his ongoing struggle for democracy in Iraq. Al-Alusi also spoke about his three visits to Israel, in 2004, 2005, and 2008, and the death threats he received after each trip. “I will continue going there,” to Israel, he declared. “I will continue working for peace”

An advocate for developing Iraqi relations with Israel, Al-Alusi, a member of the first Iraqi government established after the overthrow of Saddam Hussein, first visited Israel in September 2004, though it was forbidden under Iraqi law. It proved to be a painfully costly visit, as both of his sons, – Ayman 29, and Jamal, 19 – were murdered near the family home, after he returned to Baghdad.

In a recent interview with a Kuwaiti newspaper, Al-Alusi reiterated his public call for Iraq to establish ties with Israel. He also expressed hope to see an Iraqi embassy in Israel. And he has called for his country to reconnect with Jews from Iraq, to repudiate Iran’s interference in Iraq’s affairs, and to protect human rights and human dignity.

Al-Alusi visited AJC headquarters in New York, soon after he made his first visit to Israel. In June 2005, AJC presented its Moral Courage Award to Al-Alusi at the organization’s Global Forum.

The Jan Karski award is named after the renowned Polish diplomat who played an instrumental role in Poland’s anti-Nazi resistance movement during the Holocaust and in seeking to focus world attention on the Nazi Final Solution against the Jewish people.

The AJC Global Forum, taking place June 2-4 in Washington, D.C., is the advocacy organization’s signature annual event, bringing together nearly 2,500 civic, political, and Jewish leaders from across the United States and 50 countries around the world. 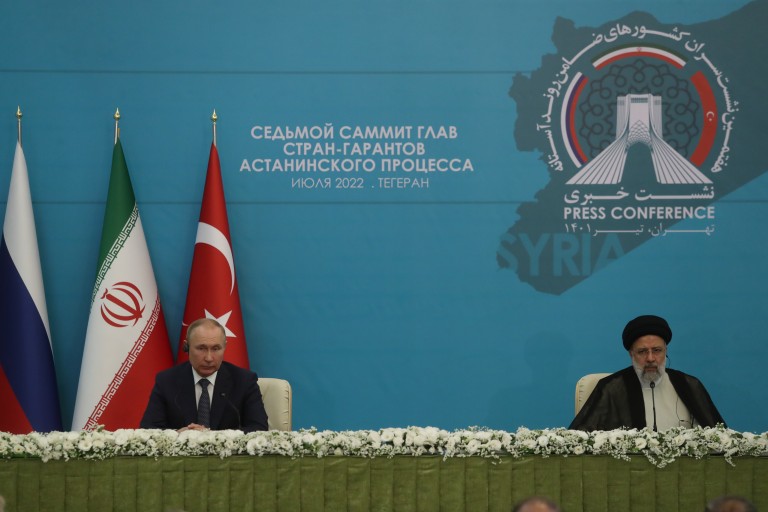