Two and a half decades have passed since the Evangelical Lutheran Church in America (ELCA) formally adopted a remarkable Declaration to the Jewish Community, both acknowledging and spurning the 16th century anti-Judaic diatribes of theologian Martin Luther that informed Nazi violence against Jews during the Holocaust. Twenty-first century Lutherans took it a step further last summer when they adopted the groundbreaking “Declaration of Inter-Religious Commitment.”

We, in the Jewish community cannot take these efforts for granted, nor can we ignore the hard work that it has taken to reach these seminal moments in Lutheran/Jewish dialogue.

More than fifty years ago, AJC recognized the need for direct and honest communication with Lutherans. In the words of the late Rabbi Marc Tanenbaum, long-time director of AJC’s department of Interreligious Affairs, leadership in the Lutheran church had been “a major force in instilling theological antisemitism in the modern world.” AJC was among the first organizations to confront it.

In 1969, AJC joined with the Division of Theological Studies of the Lutheran Council in the U.S.A. (a predecessor of the ELCA), in cosponsoring the first-ever all-day academic colloquium in New York for scholars representing every branch of the Lutheran Church in the U.S. and all streams of Judaism.  The two themes they examined from Christian and Jewish perspectives were “Law and Grace” and “Election and the People of God.” That scholars across the spectrum of both religious communities would spend the day in theological study together was in and of itself noteworthy.

A year after that first momentous meeting, 29 Lutheran and Jewish thinkers spent two days in St. Louis analyzing the emotional, theological, and historical importance of Israel to Judaism and the concept of land in Lutheran thought. The participating Lutheran scholars included Dr. Harold Ditmanson, then professor of religion at St. Olaf College in Minnesota, and Rev. Dr. Franklin Sherman, then professor of Christian Ethics at Lutheran School of Theology in Chicago, who would be instrumental in developing the Declaration to the Jewish Community some twenty years later.

On the Jewish side, in addition to Rabbi Tanenbaum, Rabbi James Rudin, then assistant director of AJC’s Department of Interreligious Affairs, organized and participated in the meetings, along with scholars from Yeshiva University, Jewish Theological Seminary, and Hebrew Union College.

The following year, in 1971, the third consultation was held at Brandeis University in Waltham, MA, with 32 participants. The focus was the relationship between the Church and State in Northern Europe, the U.S. and Israel. An AJC press release about the event expressed the hope that the meeting would “begin a process of clarification and sorting out of issues” resulting from the differing experiences and understandings of Lutherans and Jews regarding the role of government and religious institutions.

In 1973, some 40 Lutheran and Jewish scholars met at the Lutheran Theological Seminary in Columbus, OH, for the fourth colloquia to discuss man’s understanding of God in an age of technology, pluralism, and the Holocaust. The goal was to foster deeper relationships and mutual cooperation. It had taken four years of relationship building to face Christian culpability in the Holocaust.

Rabbi Tanenbaum reflected the Jewish point of view. “There are two distinctively new themes in Jewish self-understanding today, both permanent and universal lessons engraved on Jewish consciousness in the wake of the Nazi trauma. First, Jews today believe what their enemies say and take it seriously. Second, Jews will never again be silent in the face of persecution and threats of annihilation. This transformed consciousness of the Jewish people and the bond of solidarity between Diaspora and Israel amount to a refusal to give Hitler and the Nazi murderers a final victory over both Jews and civilized humanity.”

A year later, Tanenbaum and Dr. Paul Opsahl, executive secretary of the Division of Theological Studies of the Lutheran Council in the U.S.A., announced a nationwide program to strengthen Lutheran/Jewish relationships. The formal announcement coincided with publication of a book, Speaking of God Today: Jews and Lutherans in Conversation, edited by Rabbi Tanenbaum and Dr. Opsahl, and published by Fortress Press, the publishing arm of the Lutheran Church in America.

While the colloquia had been limited to scholars and theologians, Dr. Opsahl expressed the hope that the book and a companion study guide would encourage similar conversations among laity of the two communities. “Christians should make it clear that there is no biblical or theological basis for antisemitism,” he said.

Rabbi Tanenbaum expressed appreciation for the fact that “the church whose leadership was a major force for instilling theological antisemitism in the modern world has taken the initiative in seeking to uproot the sources of antisemitism today.”

A decade passed before the fifth Lutheran-Jewish conference took place in 1983 at Hebrew Union College in Cincinnati. Noting that the conference fell on the eve of the 500th anniversary of the birth of Martin Luther in 1483, Rabbi Tanenbaum expressed the strong hope that the consultation would “become a model for Lutheran-Jewish dialogue and improved feelings throughout the United States and other parts of the world.”

The conference brought together scholars who had been working for years to overcome what Tanenbaum called the “negative effects of Luther’s anti-Jewish sermons, and to remove that baleful inheritance from the entire Lutheran teaching system.”

A few months later, in May 1983, Tanenbaum presented a comprehensive paper on Martin Luther and the Jews to the Lutheran Council in the USA, representing all branches of Lutheran churches in America. He shared a platform with Dr. Eric Gritsch, director of the Institute of Luther Studies at Lutheran Theological Seminary at Gettysburg, PA. The two papers were published in a booklet which was distributed to all Lutheran synods in the U.S. for study, discussion, and dialogue.

In June that year, Tanenbaum represented AJC at a meeting in Sweden which focused on Martin Luther, the Jews, and Antisemitism. That event was cosponsored by the Lutheran World Federation and the International Jewish Committee for Interreligious Consultations (IJCIC), a coalition of major Jewish religious and communal groups and was deliberately held during the 500th anniversary year of the birth of Martin Luther. Tanenbaum drew hope from the effort by Lutheran churches in the U.S. and Germany to “confront the past in all its full terribleness and moral challenges.”

AJC and the Division of Theological Studies of the Lutheran Council in the U.S.A. marked the quincentenary of Martin Luther’s birth with a sixth conference and an acknowledgement by co-convener Dr. Joseph A. Burgess of the Lutheran Council, “Lutherans and Jews have reached sufficient maturity in their relationships to be able to deal with this difficult questions of Luther and the Jews,” he said. Tanenbaum described the three-day meeting as “the climax of more than a decade of dialogue and growing mutual respect between Lutherans and Jews.”

Yet a decade passed before the real fruit from these meetings would be seen in the Declaration of the Evangelical Lutheran Church in America (ELCA) to the Jewish Community – the first major interreligious witness, which was adopted by the Church Council of ELCA on April 18, 1994. This statement on Lutheran-Jewish relations acknowledges and rejects Luther’s anti-Judaic diatribes and violent recommendations against the Jews and deplores “the appropriation of Luther’s words by modern anti-Semites for the teaching of hatred toward Judaism or toward the Jewish people in our day.” The declaration recognizes antisemitism as “a contradiction and an affront to the Gospel” and pledges the church to oppose “the deadly working of such bigotry, both within our own circles and the society around us.”

AJC celebrated the publication of the declaration in a joint ceremony with the ELCA in Chicago.

It would take another twenty-five years for the ELCA to adopt an actual policy statement calling Lutherans to actively engage with different faith communities “to seek fuller understanding and cooperation” and outlining ways to do so. The Declaration of Inter-Religious Commitment, passed during the 2019 Churchwide Assembly, builds on the Declaration to the Jewish Community while embracing adherents of multiple faiths as well as those professing no faith.

The Jewish community welcomes the ELCA’s embrace of a new policy and AJC takes pride in the role we played in the process of momentous change.

Emily Soloff is Associate Director for Interreligious and Intergroup Relations for the American Jewish Committee. 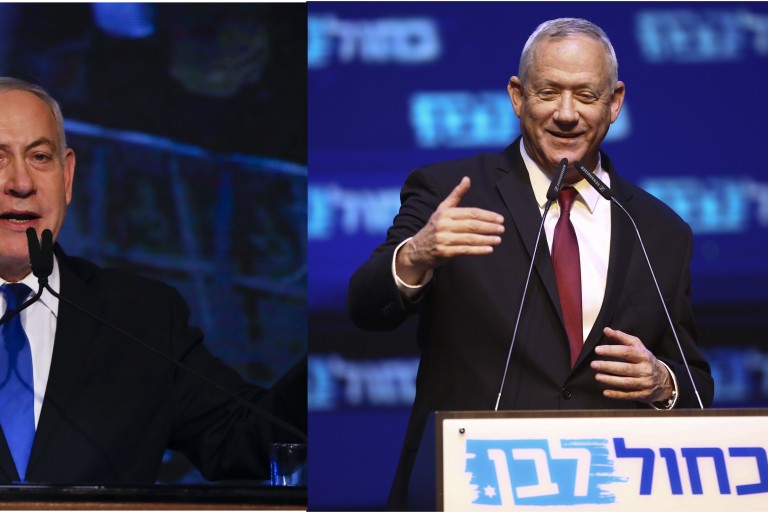