Jews around the world celebrating Hanukkah will light a candle in the menorah each night for eight days. This tradition symbolizes the eight days a one-day supply of oil lasted the Maccabees following the rededication of the Second Temple in Jerusalem.

Also known as the Festival of Lights, Hanukkah is a reminder that faith and hope cannot be extinguished.

Antisemitism in the United States is rising. American Jewish Committee’s (AJC) newest annual report on antisemitism revealed that, in the last 12 months, 24% of American Jews were personally targeted by antisemitism and 41% of U.S. adults have witnessed an antisemitic incident.

Yet we also must see the data from the 2021 report as a beacon. It illuminates the problem so we can work toward solutions. In the spirit of Hanukkah, dedication and hope are required to counter antisemitism.

Here are eight rays of hope.

Second, there is greater understanding of antisemitism among the general U.S. public. 34% of U.S. adults are not familiar with the term antisemitism, and while that is still troubling, it is an improvement over the 46% in AJC’s 2020 report. All of us can continue to define and recognize antisemitism today, using  the International Holocaust Remembrance Alliance's working definition of antisemitism and Translate Hate – a comprehensive glossary created to improve media literacy on anti-Jewish prejudice.

Fourth, more Americans recognize the statement "Israel has no right to exist" as antisemitic. In AJC’s 2021 report, 85% of U.S. adults said this statement is antisemitic, compared to 74% last year.

Fifth, new resources are enabling better reporting of antisemitic hate crimes. The Jabara-Heyer NO HATE Act, signed into law last May, now links hate crime reporting to Department of Justice training grants and other resources to help close the vast gaps in hate crimes reporting across America. These resources aim to provide an improved look into hate crime trends, as this is currently obscured by underreporting.

Astonishingly, 60 cities of over 100,000 residents – including Miami, Grand Rapids, Syracuse and Anaheim  – reported zero hate crimes in 2020, according to the latest FBI Hate Crimes Statistics Report.

Sixth, many elected officials use their platforms to unequivocally condemn antisemitism today. This was not the case 50 years ago. We need to continue this momentum and call on elected officials at the local, state and federal levels to denounce antisemitism in all its forms, listen to the needs of the Jewish community, and support bipartisan efforts to combat antisemitism. In Congress, this includes encouraging more members to join the House and Senate Bipartisan Task Forces to Combat Antisemitism and allocating federal resources for Jewish community protection.

Seventh, private businesses have started to include trainings on antisemitism for their employees. While doing this, they should ensure their Diversity, Equity and Inclusion (DEI) framework recognizes Jewish diversity. There are White, European Ashkenazi Jews, alongside Black Jews from Ethiopia, Brown Jews from India, Sephardic and Mizrahi Jews from the Middle East, and many others.

Companies should recognize that hatred against this diverse group is more than a religious bias. Antisemitism also takes the form of conspiracy, where Jews are collectively assailed for being "superior," for having too much privilege or too much power. If DEI offices understand this and the connection most Jews around the world have to Israel – either historically, religiously or culturally – then they will be able to successfully promote diversity and inclusion in the workplace and not discriminate against Jewish employees.

And eighth, bipartisan legislation aimed at reforming Section 230 of the Communications Decency Act, to hold large tech platforms liable when their algorithms are proven to promote harmful content, would be a significant step forward in curbing antisemitism online.

In addition, if tech companies make their technology more humane and user-centered, adopt a universal standard of what antisemitism is with consistent AI and human moderation, and reimagine how content is shared on social media – perhaps by limiting the ease of resharing – antisemitic content will be less likely popularized algorithmically. Focusing on the digitization of antisemitism is essential to stopping the spread of this vile prejudice.

These eight hopeful signs should not be replaced with complacency. We must continue to be vigilant.

This Hanukkah, many will be joining with Jews in a national campaign to Shine A Light on antisemitism in cities across the nation, because it is not a Jewish problem. Antisemitism is a societal one: tolerating, minimizing or denying it allows hatred, scapegoating and conspiratorial thinking to erode our democracy.

Effectively countering antisemitism requires all Americans to speak up. 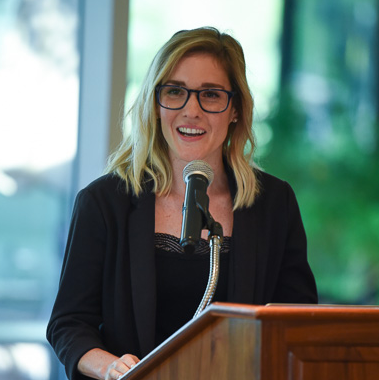 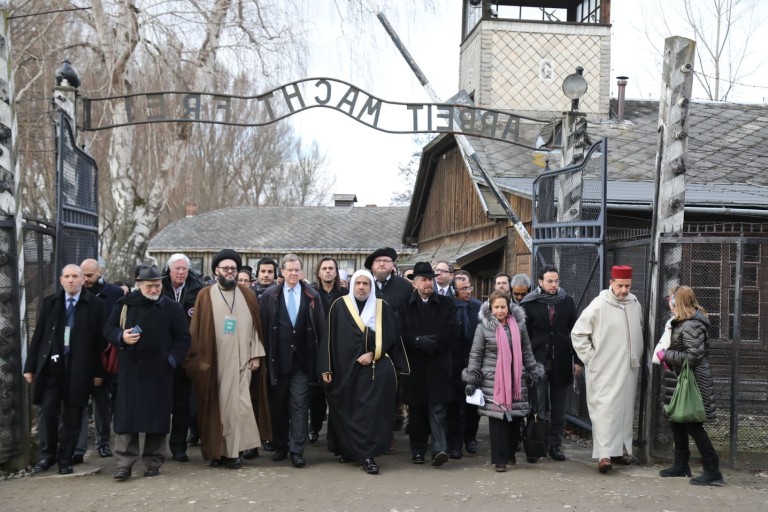