Gorbachev: The Man Who ‘Let My People Go’ – With Some Prompting

A group of Soviet Jewry activists from the U.S. showed up to speak out for the right of millions of Jews trapped behind the Iron Curtain to emigrate, and to have the chance in the USSR to practice their faith.

At the time, emigration numbers were pitifully low — especially compared to the peak year of 1979, when tens of thousands succeeded in leaving the USSR for Israel and other free nations — while thousands of Jews lived perilously as "refuseniks," prevented from leaving yet denied jobs and confronted by harassment, if not imprisonment.

Those of us who made it to Iceland questioned Soviet representatives at press conferences and other public venues, only to be met by the usual Kremlin gobbledygook -- Soviet Jews are fully equal in the "brotherhood of nationalities.” Any suggestion to the contrary is driven by Western (and, of course, Zionist) propaganda.

Fast forward to the fall of 1987. Reports began circulating that Gorbachev was planning a visit to Washington to meet with Reagan.

The Soviet Jewry movement knew we had to do something, yet what form should it take?

Historically, Jewish-organized rallies in Washington were poorly attended. If we went for broke and few people showed up, could we end up weakening the case for our Soviet brethren?

When the date for the Soviet leader's visit was finally set, we had 36 days to organize an event. Fearing low turnout, some activists proposed holding an indoor rally for 5-600 Jewish leaders who could claim they represented millions of concerned American Jews.

But Natan Sharansky, the Prisoner of Zion who had been freed (technically, swapped) a few months earlier after nine punishing years in the Soviet Gulag, insisted we announce a major public protest and aim for 250,000 participants.

Unsure how to pull this off with five weeks to go, the cold of December looming, and that troubling history of small Jewish protests in Washington, we just couldn’t say “no” to the heroic Sharansky, so we plunged ahead.

To our amazement, on December 6, 1987, over 250,000 people, Jews and non-Jews alike, including Vice President George H.W. Bush, attended Freedom Sunday for Soviet Jews on the nation’s Mall.

They came to send a simple message to Gorbachev: Let my people go.

The next day, Reagan met Gorbachev in the White House. The American leader told his Soviet counterpart that a huge number of Americans had shown up the day before to demand that Soviet Jews be allowed to leave. He urged his guest to open the gates.

It didn't happen overnight, but it wasn't long before Gorbachev began to do just that. The numbers inched upward, soon becoming a tidal wave. And by the time Gorbachev left office in 1991, hundreds of thousands of Soviet Jews had emigrated, refuseniks had been issued exit visas, and Jewish political prisoners were freed.

These dramatic developments were part of a larger story. When Gorbachev took power in 1985, it was assumed he was simply another creature of the Soviet system,  following in the footsteps of the ossified Brezhnev, Andropov, and Chernenko, his three immediate predecessors.

Sure, he occasionally smiled, a rarity for Soviet leaders, his elegant wife was often by his side, and his language sounded less shrill. But, many observers presumed this was just a deceitful facade. After all, the rigid Soviet system couldn't possibly elevate anyone to the top spot other than one of its own.

Even as Gorbachev began to introduce new concepts like glasnost (openness), perestroika (restructuring), and uskoreniye (acceleration), few in the West, including in the Soviet Jewry movement abroad, were prepared to believe he might turn out to be a genuine reformer.

One of the first to realize this was British Prime Minister Margaret Thatcher, who famously told her friend, Ronald Reagan, "We can do business with him."

He turned out to be a reformer on steroids. Still a communist, yes, but one who grasped the system was politically corrupt and economically sclerotic. Maintaining the same course, he knew, would lead to a country falling ever farther behind the West.  That meant a need for dramatic course correction and a modus vivendi with the U.S. to drastically reduce the costly arms race.

What resulted was far more than Gorbachev might have foreseen. The new measures he introduced led, first, to the loss of the Soviet satellite states. To Gorbachev’s credit, there was no repeat of the Soviet crackdown in Hungary in 1956 or Czechoslovakia in 1968.

From a Jewish perspective, what was especially noteworthy was the quick re-emergence of Jewish life and the resumption of ties with Israel in these newly-liberated lands.

Then came the break-up of the Soviet Union itself. Fifteen successor countries emerged.

As in Central Europe, all 15 witnessed the miraculous rebirth of Jewish communities and Jewish institutions, not to mention new ties with Israel.

Simply put, none of this would have happened without Gorbachev. To his everlasting credit, he had the courage to try to reform the system. But when it turned out the system couldn’t be reformed, but had to be scuttled for a new system, he didn’t stand in the way.

No, his record wasn’t perfect. But, then again, his legacy is extraordinary. The Cold War came to an end. The USSR went into the dustbin of history. And the Jewish world, including Israel, was given a once-in-a-lifetime boost.

David Harris is CEO of American Jewish Committee. He was the National Coordinator of the 1987 Freedom Sunday for Soviet Jews, the largest Jewish gathering in U.S. history. 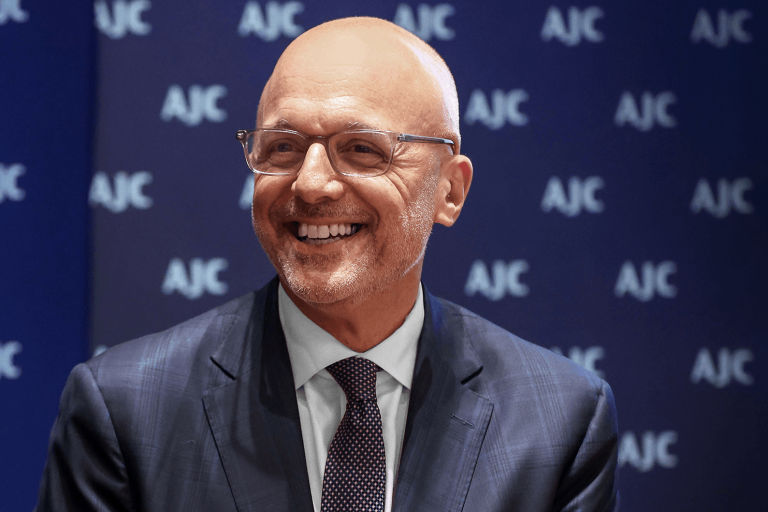