Germany and American Jews: The Man Behind the Unlikely Relationship

It was an unlikely pairing: an advocacy agency devoted to the safety and security of the Jewish people and a reemerging democracy that just a half century earlier had murdered 6 million Jews. But Eugene DuBow had a firm belief that only AJC could establish a presence inside Germany, shape its future, and hasten its redemption.

Now 22 years after turning the lights on for the first American Jewish organization to establish a post-Holocaust presence in Deutschland, DuBow will join thousands of other American Jews for the first-ever AJC Global Forum in Berlin in June.

DuBow is not surprised that so many American Jews want to witness the historic event.

“After going back and forth to Germany, speaking to AJCers about it, I began to see the excitement in their eyes when we took them there,” said DuBow, 87, who retired from AJC in 2002. “I began to see that they wanted to look at the Germany of today up close and see how it squared with the history of the 1930s and 1940s.”

Colleagues say DuBow’s intrepid nature, affability, and optimism helped him defy any odds against him at the time he opened what is now the AJC Berlin Ramer Institute on February 8, 1998.

“Gene was the absolute perfect person here to go to Berlin and create our office there,” said AJC CEO David Harris. “He was well known to many German officials from his countless trips there on AJC’s behalf in his long career. He was passionate about the subject of American Jewish-German relations. He was highly regarded throughout Germany. So for me, the choice of our founding director in Berlin was both easy and obvious. And he proved us right. He got things up and running quickly, creating a thriving office. It’s a great legacy.”

Indeed, DuBow’s pioneering spirit laid the groundwork for what has proven to be one of AJC’s most worthwhile diplomatic investments.

To date, nearly a dozen state governments in Germany have appointed commissioners to monitor antisemitism on the ground. The German government has adopted the International Holocaust Remembrance Alliance’s working definition of antisemitism and its parliament has designated Hezbollah in its entirety as a terrorist organization.

Last year, the German parliament passed landmark legislation that denounced the Boycott, Divestment, and Sanctions Movement as antisemitic, a sign of Germany’s ever growing commitment to Israel’s security, which Chancellor Angela Merkel has called Germany’s Staatsräson (reason of state).

But AJC’s relationships, which extend well beyond the halls of government, have yielded more than new laws. For 40 years, the German-Jewish collaboration between AJC and the Konrad Adenauer Foundation (KAS) exchange program has broadened German-Jewish understanding. AJC’s 25-year partnership with the German Armed Forces (Bundeswehr) has led to joint humanitarian aid projects and brought hundreds of military leaders to Israel. AJC has brought members of Germany’s parliament to New York to meet Holocaust survivors who once lived in their districts. Meanwhile, the developing relationship between FC Bayern, a historically Jewish soccer team, and AJC, has helped take the fight against antisemitism into soccer arenas, where far-right fans are crossing the line.

That and more has not only contributed to a historic rebirth between Germany and the worldwide Jewish community (including strong ties with the Jewish state), it also has helped the German nation become home to the fastest growing Jewish population in the world.

For DuBow, the quest for strong German-Jewish relations was a calling with a circuitous path. Raised in the Bronx, he earned his college degree from the University of Kentucky, then worked in Harlem as a social worker and parole officer. His involvement in the civil rights movement led him to seek a master’s in community studies from New York University. While there, someone suggested he work for a “Jewish civil rights” organization called the American Jewish Committee, which he joined in 1966.

After stints in AJC’s Westchester Fairfield Regional Office, and later in Chicago, where he helped lead the community’s response to the infamous Neo-Nazi march through Skokie, he became a traveling field director overseeing all of AJC’s regional offices. In 1980, he was asked to help launch the AJC-Adenauer Leadership Exchange Program, which takes an annual delegation to Germany for tours and meetings with civic leaders, Jewish leaders, and journalists. Conversations focus on transatlantic relations, German foreign policy, antisemitism, extremism, and Holocaust memory.

To set up the exchange, which endures to this day, DuBow traveled to Germany. He had no Holocaust survivors in his family nor German roots. But he immediately made friends with German Jews and non-Jews on both sides of the Berlin Wall.

When he returned in 1982, he arranged a meeting in East Berlin where he discovered a Jewish community with no kosher wine, no German prayer books, and no rabbi. DuBow soon filled all three voids with phone calls to the Manischewitz Wine Company in New York, his favorite Jewish bookshop in Munich, and an unemployed rabbi in Illinois.

For fifteen years, DuBow shuttled between the U.S. and Germany, making inroads and building bridges of dialogue. When the Iron Curtain fell, an AJC office in Berlin became reality. AJC became the first tenant of a building that straddled East and West Berlin and had previously been owned by a prominent Jewish family who fled the Nazis. Its developer offered AJC free rent for 10 years.

But convincing American Jews, for whom the horrors of the Holocaust loomed large, to understand modern Germany was a tall order for Harris and DuBow, who launched a 15-city listening tour to share Harris' vision and hear leaders’ concerns. Many of them, descendants of German Jews, decried ever going back and didn’t understand why AJC should bother.

Both men insisted this was an opportunity to help shape an emerging democracy and prevent a repetition of the crimes in the past. The reunification of Germany held great promise, but it also created a tension and strife that was already fueling a resurgence of neo-Nazi activity in the former East Germany.

AJC would serve as an interlocutor, a partner, and a watchdog.

DuBow recalls a Holocaust survivor taking him aside at one of those meetings to thank him. While the survivor personally would never return home, he was glad AJC was going in his stead.

Deidre Berger, who succeeded DuBow at the helm of the Berlin office and led AJC’s efforts in Germany for 20 years, said despite the friendships DuBow had forged over the years, Germany had its skeptics too. Much of the German Jewish community still bore the scars and trauma of the Holocaust. Meanwhile, German society at-large lacked an openness to accepting collective responsibility.

In 1997, with the building still under construction, DuBow set up shop in an apartment armed with a laptop. On February 8, 1998 AJC Berlin headquarters opened for business. Journalists hailed the building as the “Embassy of the American Jews.”

“It was a vote of confidence in their democracy,” DuBow said.

Berger credits DuBow for helping everyone recognize that universal concerns can be better addressed through teamwork. As soon as Germans came to appreciate DuBow’s American perspective, as well as his ties to the U.S. government, it turned into a very positive partnership, she said.

“He was gripped by the importance of Jewish outreach to Germany and he felt, rightly so, that he could play a special role, and he did from the first moment here,” she said.

DuBow rarely missed an opportunity to entertain and celebrate the partnership. In fact, when the Berlin office celebrated its first birthday, filmmaker Steven Spielberg showed up to help blow out the candle on the cake.

Frank Spengler of the Konrad Adenauer Foundation recalls meeting DuBow to set up an AJC-Adenauer Exchange trip in 1996.

“The role of the AJC was very important at that time: ‘A bridge over troubled waters,’” said Spengler, who now runs the foundation's office in Budapest. “Building bridges amongst the elite of our two countries I believe stood in the center of our cooperation. For this incredible job the AJC found Mr. Perfect: Eugene DuBow. He was, and still is an outstanding communicator and an outspoken ambassador of the AJC.”

Under DuBow’s leadership, AJC successfully advocated for more Holocaust education and accountability and introduced a values curriculum developed by AJC Los Angeles after the Watts Riots of 1965. That curriculum has been adopted by hundreds of schools in Berlin, Berger said. Germany accepts its responsibility and German Jews are less isolated than before.

Still, AJC Berlin faces renewed challenges that, in some ways, have threatened to turn back the clock. Eastern Germany has seen a rise of far-right wing extremists in local elections and Saxony has become a stronghold of the far-right Alternative for Germany (AfD) party.

Meanwhile, all of Germany has received an influx of Muslim immigrants with antisemitic views. According to Remko Leemhuis, acting director of AJC Berlin, any mentions of Jews and the Holocaust automatically trigger tense exchanges about Israel and conflict with the Palestinians, Teachers then avoid talking about that dark chapter in German history – reversing years of progress toward making sure the Holocaust is not forgotten.

DuBow recalls how Germans often regarded him with suspicion, asking “Are you here to watch us?”

“You know how I responded? ‘Yeah, we’re watching,’” he said. That watchdog role continues to this day as the specter of antisemitism still looms over Germany.

“Antisemitism is like tuberculosis,” DuBow said. “You can arrest it, but you can never cure it. AJC having a presence in Germany is very important.” 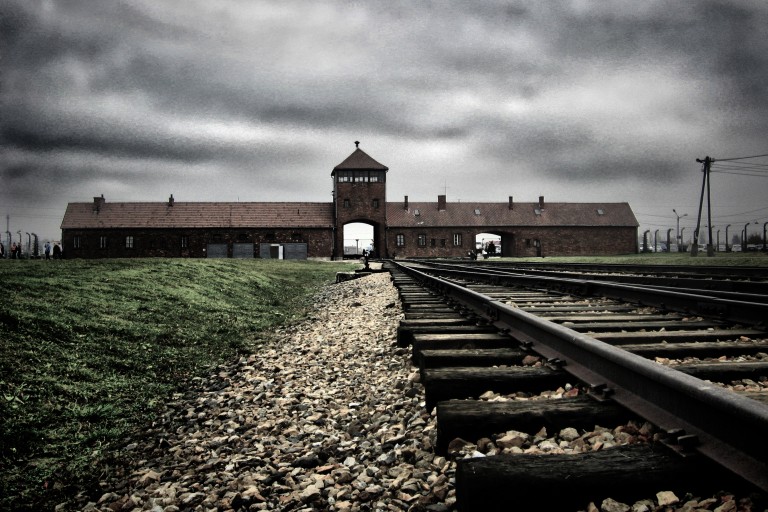