That finding is reported in the recently released 2020 American Jewish Committee (AJC) Survey of American Jewish Opinion, conducted by the independent research firm SSRS. The survey of a national representative sample of American Jews eighteen years of age and older was conducted via telephone interviews that took place from September 9 through October 4, 2020.  The margin of error is plus or minus 4.2%.

Mr. Biden’s share of the Jewish vote this year mirrors the degree of dissatisfaction the survey uncovered about President Trump’s performance in office. Seventy-seven percent of respondents disapproved of the job the president is doing, 73% “strongly,” as compared to 22% who approved, 15% “strongly.”

Given a list of issues and asked which of the candidates would likely handle them better, American Jews preferred Biden on every one. The gap between the candidates was greatest on who can better unite the country, where Jews favored the challenger by 79% to 15%, and dealing with the COVID-19 crisis, where the margin was 78% to 19%. President Trump’s best rating came on strengthening U.S.-Israel relations, 42% preferring him. But even in that policy area—the president having recognized Israeli sovereignty on the Golan, moved the U.S. embassy to Jerusalem, and helped convince the UAE and Bahrain to recognize Israel—54% chose Biden.

The survey indicates that Jewish political preferences run deeper than the personal qualities of the candidates: as has been the case for decades, most tilted left. Asked about party affiliation, 53% identified as Democrats, 14% as Republicans, and 25% as Independents. Queried about their political ideologies, 57% said they were or leaned liberal; 25% identified as moderate, middle-of-the-road; and 17% were or leaned conservative.

A similar pattern emerged from responses to a question about whether and to what degree the two major parties harbored antisemitic elements. Fully 69% felt that the Republican Party held “a lot” (27%) or “some” (42%) antisemitic views, while just 37% believed the Democratic Party held “a lot” (11%) or “some” (26%). And while 75% of Jewish voters consider the extreme political right a “very serious” (49%) or “moderately serious” (26%) problem, less than half that percentage, 32%, view the extreme political left that way, 16% calling it “very serious” and another 16% “moderately serious.” Twenty-seven percent believe that extremism in the name of Islam is a very serious problem and 26% call it moderately serious.

Despite the overwhelming American Jewish preference for Mr. Biden, the Democratic Party, and liberalism, the slightly more than 20% that support President Trump and identify as Republicans and political conservatives are more significant than their numbers. This is because they are not distributed randomly in the community, but are predominantly concentrated in the Orthodox sector, which, the survey indicates, will vote for Trump’s reelection by 74% to 16%. (Their impact on the survey results also extends to the “less than high-school graduate” category—46% of the Orthodox sample are in it, and only 4% have graduated college.)

Unlike the majority of American Jews, 53% of Orthodox Jews “approve strongly” of the president’s performance and prefer him by far to Biden on every major issue except uniting the country, where Biden is preferred by a razor-thin 43%-42% margin. Only 12% of Orthodox respondents are or lean liberal, 37% are moderates, and 46% are or lean conservative. Again, in contrast to the full sample, 66% of the Orthodox think that the Democratic Party has within it at least some antisemitic views while only 22% believe that of the Republican Party.

The heavy Orthodox representation on the pro-Trump, Republican side is a major factor rendering the Jews in that political camp far more Jewishly identified than their opponents. For example, the survey asked respondents if being Jewish was important in their lives. Eighty percent of the full sample responded in the affirmative, 39% saying it was “very important.” Among the Orthodox, however, 98% responded “very important.” No wonder that 70% of the surveyed Republicans—with their large Orthodox contingent—considered being Jewish “very important,” exactly double the figure for the Democrats.

Despite the survey’s good news for liberals and Democrats, the future could look very different. Fifty-one percent of Jewish Democrats in the survey reported they were unmarried as compared to 33% of Republicans, and just 22% of Democrats were married to Jews (2% of them to converts) as compared to 52% of Republicans (6% of them to converts.) The political destiny of the American Jewish community—like that of the United States as a whole—is far from assured.

Lawrence Grossman served as AJC Director of Publications from 1982- 2019. 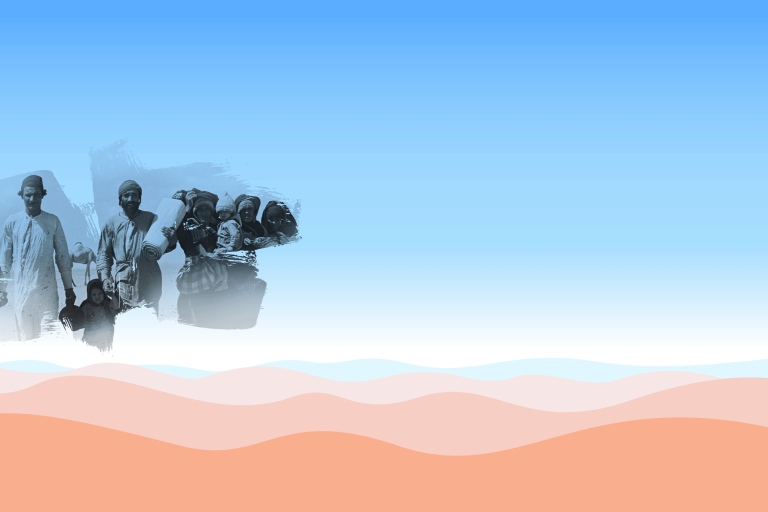