Antisemitism: France's experience must serve as a warning for Germany

One week in June in Germany: On a Sunday, a 20-year-old Jew is spit on in Berlin. On the same day, a rabbi in Düsseldorf is threatened and escapes a mob. The following Wednesday, a young Jew is beaten by strangers. On Thursday, a rabbi in Hamburg and another community member are threatened and verbally abused with antisemitic slurs. As always, politicians express their shock after these attacks and stress that an attack on Jews is an attack on society as a whole.

These words show that the problem is perceived at the highest levels of government and there is the political will to take a stand.

But why do I feel discouraged and tired of these statements? Maybe because I've been watching the same phenomenon in France, where I have lived for nearly 20 years. Not much has changed. There are hundreds of antisemitic incidents every year. In 2018 there was a 74% increase. Since 2003, thirteen antisemitic murders. Strong statements and policy planning against antisemitism have not changed these facts.

Antisemitic crimes have gone on for so long that they are now commonplace. The same questions are repeated after each new outbreak, to no avail. What more can we really do? How can we better fight this scourge? Things will not get better with strong statements alone, no matter how significant and heartwarming they are. Germany, if it does not act quickly, and pursue a coherent policy of zero-tolerance, faces the same fate as France.

But what does zero-tolerance mean in the face of growing antisemitism?

It means that we can no longer hesitate to condemn even the smallest antisemitic incident. Antisemitic demonstrations in the guise of anti-Israel protests should no longer be treated with indifference. Their vile slogans can no longer be spared criticism. Why do tens of thousands of people take to the streets against neo-Nazis and right-wing populists, but only a handful against the annual antisemitic Al-Quds day? Why is a distinction made?

The judicial and security authorities must also act swiftly and thoroughly. The social philosopher Theodor W. Adorno’s remarks still hold true. ”The instruments of power, which really are at one’s disposal, must be applied without sentimentality, certainly not out of the need for punishment or in order to avenge oneself against these persons, but rather in order to show them that the only thing that impresses them, namely real social authority, is in the meantime, actually really against them,” Adomo said.

In France last year, an eight-year-old Jewish boy was beaten and abused by 15-year-olds. By that age, they had already studied 20th-century history in middle school, learned about Germany in the 1930s, and doubtless had covered the Holocaust itself. If, notwithstanding their education, they had so much hate inside them to assault an eight-year-old for being Jewish, their school system failed to impart the lessons of history, civic values, and pluralism.

Indeed, there have been numerous reports of a loss of authority in schools, teachers finding it impossible to raise certain topics in history class, such as the Holocaust. Teachers need support and proper training to deal with these issues. They should be equipped to deconstruct conspiracy theories, prejudice, and religious fundamentalism, and to defend secularism. They need to be able to identify and condemn antisemitism when they see it.

However, measures must also be taken outside the school. Social media networks like Twitter and Facebook, as well as Google and its video channel YouTube, offer antisemites and racists platforms without fear of prosecution. Businesses must react faster and more effectively against such hatred. The European Union must make clear that the rule of law also applies to the digital space.

Likewise, right-wing populism and extremism must be clearly and unambiguously confronted. Right-wing terrorism is a significant problem. Adherents are, by definition, a threat to Jewish life in Germany. It is the responsibility of governing parties to have a coherent strategy.

Moreover, the fight against antisemitism is not solely a domestic problem. In Germany and France, it has foreign policy dimensions. For years, Saudi, Iranian, Turkish, and Qatari money has financed Muslim organizations and mosques, promoting the spread of Islamic extremism. A fundamental change of course must be made.  First, the “right of association” in Germany must be changed so that mosques are required to disclose the source of their financial resources. Politically, Islamic associations must not only credibly distance themselves from Islamists and extremists, but must finally address the problem of antisemitism in their communities. It should also be made clear that neither the Muslim Brotherhood nor religious organizations controlled by the Iranian regime can be part of legitimate associations.

Likewise, it is not enough to speak abstractly against antisemitism. Yes, one can condemn antisemitism with the help of religious texts. However, it is important to address the relevant source, the ideological justification, and the catalyst in the minds of young Muslims--hatred of Israel. If the associations avoid and remain indifferent to this issue, the problem will not change.

It should also be acknowledged that the most radical and appalling antisemitic content produced today comes from the Middle East and reaches young minds in Europe via 21st century media. Especially in the fight against Islamism, democratic parties must address the problem openly and fearlessly. Under no circumstances should they create a political vacuum by neglecting challenging issues like integration or Islamism. Otherwise, right-wing populists, who have nothing substantive to contribute to the debate, only stirring up  hatred, will fill the void.

But the truth is that society must reconfigure its thinking towards Israel and the safety of  Jews. In recent German debates, like on BDS, a fatal indifference towards Israel’s security has crept into the political discourse. Apparently, the connection between words in a democracy and antisemitic violence on the street has not been made.

In this light, traditional media outlets carry a special responsibility. For years, French intellectuals have warned that one-sided media reporting on the Israeli-Palestinian conflict would have direct consequences for antisemitism. Twenty years later, we know that these intellectuals were perfectly right. And if, as in the SPIEGEL this past week, the myth of a sinister Jewish influence on German Middle East policy is warmed up to, it should not come as a surprise that conspiracy theories are experiencing a dangerous renaissance, becoming socially acceptable not only online and amongst the younger generation, but in the political center of society and executive lounges as well.

Finally, Germany must pursue a zero-tolerance foreign policy. It is simply unacceptable that the Palestinian Authority, for example, can spread the most extreme forms of antisemitic delusions and stereotypes through its media, indoctrinating the next generation with hatred, without consequence. It should be expected that anyone who applies for aid projects financed by German taxpayers' money cannot at the same time incite hatred against Jews. It is also important to finally ban Hezbollah in its entirety and put it on the EU terror list. Germany, above all, has a special historical and moral imperative here. An organization leading a global war against Jews, acting as the successor to the Third Reich, can no longer be tolerated.

Since antisemitism is symptomatic of a greater societal malaise, it should be made clear that antisemitism is not a "Jewish" problem, but a hatred that eats away at the foundations of our society. In this fight, nothing less than the future of an open, liberal, Europe is at stake. 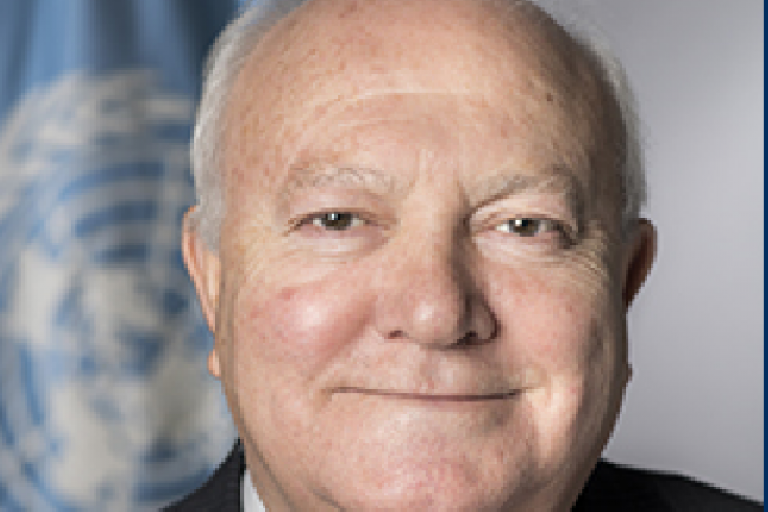