An Open Letter to Ban Ki-moon

As United Nations secretary-general, you said more than once you were a friend of Israel.

I believed you because I considered you a fair-minded person. Also, having visited many times the Republic of Korea, where you had previously served as foreign minister, I thought an ex-South Korean official, more than most, could understand Israel’s unenviable security situation and difficult policy options.

After all, South Korea and Israel are both countries that began with very little, unleashed remarkable growth and development in a relatively short period, preserved their democratic way of life, and became economic and technological powerhouses.

Yet, at the same time, they faced primordial threats from despotic neighbors developing potent military capabilities and keeping everyone on high alert.

Moreover, those neighbors collaborated with one another. While North Korea was fine tuning its own nuclear and ballistic missile programs, it was also sharing its lethal technology with Iran and Syria, among other destabilizing actors in the Middle East.

In other words, who more than a South Korean leader should grasp Israel’s position and narrow margin for error?

But then I read your oped in the Financial Times on June 29th.

Could this really be the same Ban Ki-moon writing such a one-sided assault on Israel, raising questions about whether you truly are a friend or, still worse, if you are even committed today to Israel’s very existence?

How else to explain your inflammatory introduction of the word “apartheid” into the discussion?

South Africa’s repugnant racial caste system has no bearing on an unresolved political conflict. As just one illustration, unlike Nelson Mandela, who spent 27 years in brutal prison conditions for challenging the South African power structure, Mahmoud Abbas, who heads the Palestinian Authority, travels the world freely, including to the UN, to make his case, garner political support and financial aid, and encourage legal actions against Israel.

Or how else to explain your neglect of the record, as if various Israeli governments hadn’t tried, on multiple occasions, to reach a two-state deal with the Palestinian leadership, only to be rebuffed time and again?

Don’t take my word for it. U.S. President Bill Clinton addressed in detail one of those history-making rejections, in 2000-1, in his autobiography, My Life.

Or how else to explain your failure to take into account the Hamas factor, all the more so as your oped was written just weeks after thousands of rockets were launched, and not for the first time, from Hamas-ruled Gaza, sending millions of Israelis to bomb shelters for 11 straight days?

You know that Hamas’s stated goal doesn’t include coexistence with Israel, not even close. Rather, its aim is Israel’s annihilation, pure and simple, and replacement by an Islamist caliphate.

And instead of condemning the indiscriminate violence unleashed by Hamas in May, the Palestinian Authority in the West Bank, led by Abbas, Israel’s would-be negotiating partner, vied for Palestinians’ allegiance with its own inflammatory rhetoric and outlandish accusations against Israel.

In the same spirit, despite the decades-long efforts of various South Korean governments to achieve calm on the Korean Peninsula and pursue confidence-building measures, you are well aware of how tenuous those efforts have proven, due to the nature of Pyongyang’s leadership.

Thus, the dangers of North Korean cross-border raids, kidnappings, tunnels, and rocket attacks are never far from the thinking of Seoul’s political and military leaders, much as South Koreans may dream of peace, open borders, and fruitful exchanges.

Any Israeli — or friend of Israel — can identify with the ever-present tensions between hopes and fears in South Korea. In fact, I dare say few are better positioned to understand this duality of South Korean thinking.

On the one hand, like Israel, South Korea is creating a cutting-edge society that has so much to offer a 21st century world.

On the other hand, it is contending with a neighbor fully mobilized to endanger your country’s existence.

I want to believe you remain a friend of Israel. That shouldn’t necessarily mean an uncritical friend, of course, but it should mean an understanding friend, who knows that there are no easy solutions, that hyper-charged rhetoric is misplaced, and that peace, true peace based on an enduring two-state deal, can only be realized if both sides commit unreservedly to making it a reality.

Perhaps your next oped on the topic will restore the Ban Ki-moon many of us fondly remember from his decade as UN secretary-general. 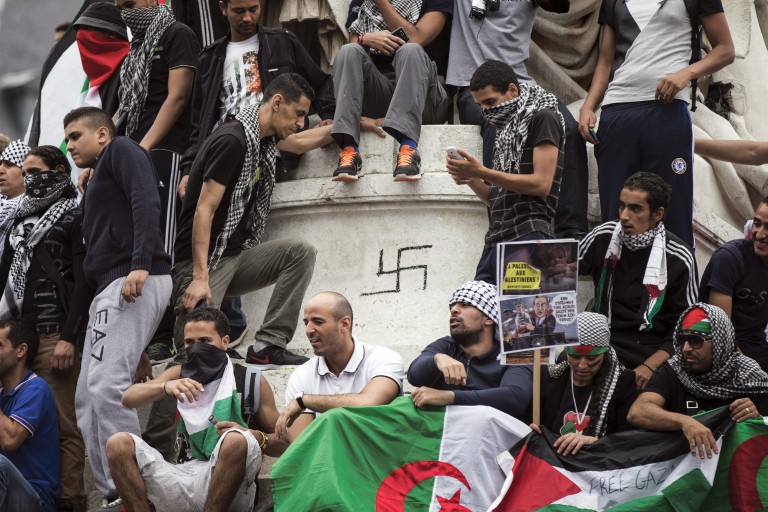 Lessons from Durban for the 21st Century Read More