American Jewish Committee (AJC) and the Lufthansa Group announced today a joint initiative to combat global antisemitism. The new partnership, detailed in a Memorandum of Understanding that the German airline and the leading global Jewish advocacy organization are signing, focuses on Lufthansa utilizing AJC staff experts to train airline employees to identify and respond to antisemitism.

The AJC-Lufthansa partnership announcement follows the airline’s endorsement of the International Holocaust Remembrance Alliance (IHRA) Working Definition of Antisemitism. “We are grateful for Lufthansa’s strong commitment to address antisemitism and bias within the workplace. As global antisemitism rises, the private sector increasingly has a role to play, and Lufthansa aims to be a corporate leader in the fight against anti-Jewish prejudice. We are honored to partner with them in this endeavor,” said Holly Huffnagle, AJC’s U.S. Director of Combating Antisemitism.

Lufthansa CEO Jens Ritter had promised in July that the airline would establish a senior management position “for the prevention of discrimination and antisemitism,” and adopt the IHRA Working Definition, after a group of Orthodox Jewish passengers traveling on Lufthansa from New York to Budapest were prevented from boarding a connecting flight. AJC, at the time, strongly criticized the treatment of the Jewish passengers by airline personnel.

“Fundamental to standing against antisemitism is understanding what it is and how it manifests, both in overt forms and through unconscious bias. The IHRA definition recognizes all of this – that is its distinct strength,” said Lufthansa Group Executive Board Member Christina Foerster, who was in Washington, DC, meeting with Ambassador Deborah Lipstadt, U.S Special Envoy to Monitor and Combat Antisemitism; Felix Klein, Federal Government Commissioner for Jewish Life in Germany and the Fight Against Antisemitism; Emily Haber, German Ambassador to the U.S.; and Michael Herzog, Israeli Ambassador to the U.S.

For many years, AJC worked closely with the EUMC to develop the working definition, and has advocated for its adoption at the institutional, national, and popular levels.

AJC has maintained an office in Berlin, the AJC Berlin Lawrence and Lee Ramer Institute for German-Jewish Relations, since 1998.  AJC was the first global Jewish organization after WWII to engage with the Federal Republic of Germany, and the first American Jewish advocacy organization with a permanent presence in Berlin. 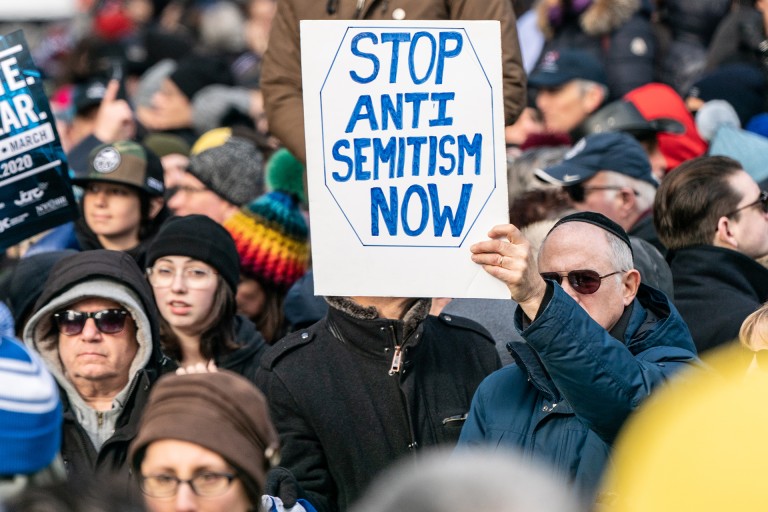