Shabbat Shuva, the Shabbat of Returning, is the Shabbat that falls between Rosh Hashanah and Yom Kippur, during the period known as Aseret Yemei Teshuva, the Ten Days of Repentance. You may have noticed the similarity between the words “shuva,” returning, and “teshuva,” repentance. Indeed, these two words share the same Hebrew root, and if you think about it, the link between them makes sense. Returning and repentance are intrinsically linked to one another. When we repent for our misdeeds we are working to return to the path of goodness and righteousness that we intended to follow.

While we often think of return and repentance as a very personal thing, we would like to suggest a more communal message this year. Many of us are familiar with the U'netaneh Tokef prayer that is traditionally recited on Rosh Hashanah and Yom Kippur. U’netaneh Tokef talks about Rosh Hashanah and Yom Kippur as days of judgment, when God decides who will live and who will die - by plague, fire, drought, and other terrible fates - in the coming year. Reading the words of this centuries-old prayer is particularly challenging this year as the globe suffers through a deadly pandemic, wildfires rage out of control on the West Coast, and the Gulf Coast is battered by hurricane after hurricane. And, many of us have issues with the idea of a God who would decree such evil against humanity. We would like to suggest a new lens through which to see this difficult prayer. Whether we believe that God punishes us or not - and indeed whether we believe in God at all - we know that terrible things happen in our world, and unfortunately, we seem to be living through a particularly difficult time right now. U’netaneh Tokef gives us a way to respond. The prayer ends with a clarion call: “Repentance, prayer, and charity avert the evilness of the decree!” We cannot avoid all the terrible things that can befall us, but we can decide how we will react when such things happen. When we repent, we refocus ourselves on helping others in need. When we take the time to pray or engage in inner reflection, we put ourselves in a mindset of seeing beyond our own immediate needs. And when we engage in charitable giving and deeds, we directly help those who are suffering. In the days between Rosh Hashanah and Yom Kippur, it is traditional to wish fellow Jews a “gmar hatima tova” - that their fate for the new Jewish year should be sealed for good. This year, let us bless one another that we are each able to contribute to bringing about a better fate for all who live in our broken world.

As we did last week, this week we will focus on two different events that took place on a particular Hebrew date. This week’s date is the 10th of Tishrei, Yom Kippur.

Perhaps the most powerfully emotional moment of the Jewish year is the blowing of the shofar at the end of Yom Kippur. As we listen to that long blast, we feel both the joy of completing a cleansing day of introspection and the energy to enter the new year with renewed sense of purpose. The shofar has deep meaning to Jews. Throughout our history, its heartwrenching blasts have served as individual wake-up calls and as communal calls to action. One of the most powerful stories about the meaning of the shofar blast to Jews took place on Yom Kippur in Mandatory Palestine. In 1930, British Mandatory authorities outlawed Jews blowing the shofar at the Kotel at the end of Yom Kippur. From that year until the last Yom Kippur before the founding of the State of Israel in 1948, each Yom Kippur, a young Jewish man would volunteer to go to the Kotel at the end of Yom Kippur and flout the British law by blowing the shofar. These young men, secular and religious alike, undertook great risk to commit this act of defiance. They were arrested, and some served sentences of up to six months in British prisons. But, it was a risk they willingly undertook because they understood that blowing the shofar at the Kotel was a small act with enormous symbolic meaning. It declared Jewish pride and refusal to bow to British oppression, and it marked the Kotel as a Jewish space. Sadly, after 1947, the shofar was not heard at the Kotel again for nineteen years. Jordan captured East Jerusalem in the Israeli War of Independence, and Jews were unable to access the Kotel until Israel liberated Jerusalem in the Six Day War of 1967. This Yom Kippur, when you hear the shofar blown, remember the brave young men who risked their safety to engage in this quintessential Jewish ritual.

The story of the brave shofar blowers of the British Mandatory period was memorialized in a must-watch short documentary video called Echoes of the Shofar. We guarantee it will inspire and galvanize you to fight for the Jewish people in the year to come!

The 1967 Six Day War ended with Israel more than doubling its size with the capture of the West Bank, Gaza Strip, Sinai Desert, and Golan Heights. The Arab states that had attacked Israel in the hopes of destroying it were left seething with anger at their humiliating loss and vowing another war in the future. Despite repeated Arab vows to attack Israel, Israel was caught unprepared when an Arab coalition led by Egypt and Syria attacked on Yom Kippur 1973, which fell on October 6 that year. As the Israeli army quickly tried to mobilize, men literally dropped their talises and prayer books on their seats in synagogues around the country and ran to their army bases. The first few days of the war were terrifying as Egypt and Syria made significant gains. Indeed, there were moments that the Israeli government feared for the survival of the young state. But soon, Israel regained its footing and beat back the enemy, even making inroads into both Syria and Egypt. By October 25, less than three weeks later, the war ended with a jointly agreed-upon ceasefire.

The implications of the Yom Kippur War were many. First, the Yom Kippur War changed the narrative about Israel’s military might. While the Arab League ultimately lost the war, Arab states felt vindicated for their humiliating loss to Israel in 1967. Likewise, Israel had to reckon with the failure of its intelligence apparatus to predict the Arab invasion. That reckoning included the appointment of an investigatory commission called the Agranat Commission, after Shimon Agranat, the President of the Israeli Supreme Court, who sat at its helm. Although the Agranat Commission absolved them of responsibility, public outcry caused Prime Minister Golda Meir and Defense Minister Moshe Dayan to resign in 1974. Perhaps the most significant outcome of the Yom Kippur War though was a positive one: the signing of the Camp David Accords, which brought peace between Egypt and Israel. The war helped Israel see the balance of power in the Middle East more realistically. Israel now recognized that the Egyptian army was more powerful than it had thought, and that its own army was not invincible. And for its part, Egypt realized that although its defeat was not a complete humiliation, it was in fact still a defeat. It faced the reality that its military probably could not defeat Israel’s. These realizations opened both countries up to the possibility of ending hostilities between them with a negotiated peace settlement. While the peace between Egypt and Israel has not always been a warm one, it has held for almost 50 years.

As we take a moment to remember the terrifying Yom Kippur of 1973, we encourage you to read these memories of those who lived through the war.

Supreme Court Justice Ruth Bader Ginsburg (1933-2020) passed away last Friday, September 18 in the waning hours of the Jewish year 5780. Ginsburg was a brilliant jurist and a proud Jew, whose Jewish identity deeply informed her ideas of justice and equality. Our treasure from the archives this week is an ad featuring Justice Ginsburg from a 1996 AJC ad campaign that featured prominent American Jews speaking about their Jewish identities. You can see the ad, which contains RBG’s words on what being Jewish meant to her here. May the memory of Justice Ginsburg z”l be for a blessing.

For Shabbat Table Discussion: How should we make change?

In memory of Justice Ruth Bader Ginsburg, we dedicate this week’s Shabbat Table discussion to the question of how to make change. RBG was a big proponent of incremental change. Far from a radical or a revolutionary, she believed that the best way to make change was to continually work toward achieving small calculated steps on the path to one’s goal. Likewise, she was also a great believer in building consensus whenever possible. As her longtime close friendship with the conservative Justice Antonin Scalia attests, she did not shy away from relationships with those whose ideology differed greatly from her. There is no question that RBG was incredibly successful in her work to bring greater gender equality to American society, but is incremental change always the best way to work toward a goal? Do some circumstances - such as perhaps the intractable systemic racism in American society - call for more radical and revolutionary techniques to bring about change? As we enter a new Jewish year, let us talk to our loved ones about how each of us can help bring about change in the areas we care about in the coming year.

Here are some resources for talking to your children about making change: 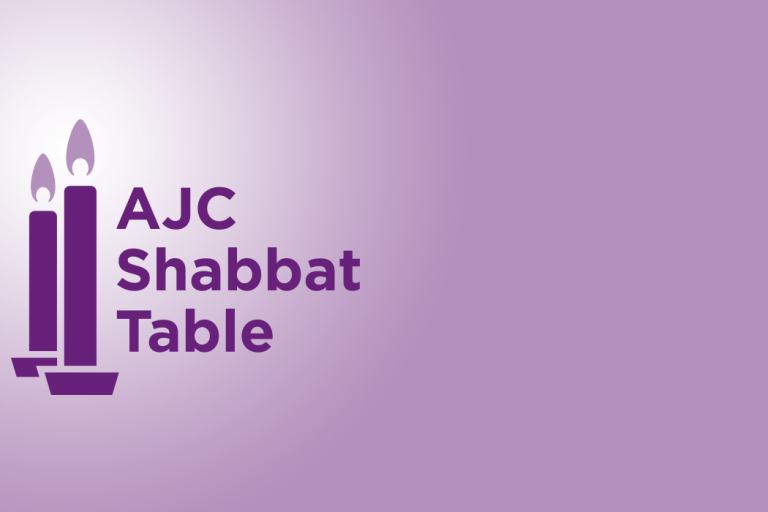