At the end of this week’s Torah portion, God gives the Jewish people a strange commandment regarding the tribe of Amalek, which had attacked them as they wandered in the desert after escaping Egypt:

Remember what Amalek did to you on your journey, after you left Egypt. How, undeterred by fear of God, it surprised you on the way, when you were famished and weary, and cut down all the stragglers in your rear. Therefore, when the Lord your God grants you safety from all your enemies around you, in the land that the Lord your God is giving you as a hereditary portion, you shall blot out the memory of Amalek from under heaven. Do not forget!

God commands the Jewish people to “remember” Amalek, to “blot out the memory of Amalek” and to  “not forget” Amalek. It seems odd that the Jewish people are commanded to utilize our memories in three different and even seemingly contradictory ways with respect to this mysterious tribe.

To understand the commandment to remember Amalek, we must differentiate between individual and communal memory. As the brilliant historian Yosef Hayim Yerushalmi wrote in his formative 1982 book Zakhor: Jewish History and Jewish Memory, “When we say that a people ‘remembers’ we are really saying that a past has been actively transmitted to the present generation and that this past has been accepted as meaningful. Conversely, a people forgets when the generation that now possesses the past does not convey it to the next, or when the latter rejects what it receives and does not pass it onward, which is to say the same thing.”

In other words, Yerushalmi is saying, the Jewish people remain alive and intact as a people via the collective memories that we transmit from generation to generation. We collectively remember when we retell our stories and when we imprint them on our minds and hearts through ritual. The Passover Seder is perhaps the finest example of this. But we do the same with Amalek. Rabbinic tradition tells us that Haman, the villain of the Purim story, was a descendant of Amalek. On Purim night, as we read the Purim story in the Megillah (Book of Esther), we use noisemakers and foot stamping to drown out the sound of Haman’s name. In so doing, we blot out the memory of Amalek while at the same moment collectively remembering Amalek! Jewish collective memory is filled with moments of enormous joy and uplift and also with moments of intense sadness and despair. This passage from this week’s Torah portion reminds us that it is only through active remembering as a people that we will transmit Jewish identity to future generations.

By the summer of 1897, Theodor Herzl, the man known today as the Father of Zionism, had been hard at work trying to actualize his dream of a Jewish homeland for two years with little to show for his efforts. He had already tried to enlist the help of Jewish financiers and of world leaders, but met with no success. Herzl realized that the only path forward was to organize a united popular movement that would galvanize all the Zionists around the world to work together to obtain a state for the Jews. The Zionist Congress was the outcome. On August 29, 1897, over 200 delegates from around the world, the men dressed in white tie and tails, entered a hall in Basel, Switzerland festooned with the blue and white Zionist flag for the festive opening ceremonies of the three-day gathering. By the conclusion of the Congress, the delegates had voted to join together to embark upon the goal of founding a legal home for the Jewish people in Palestine. Herzl, who had been elected president of the new Zionist organization, wrote prophetic words in his diary that day: “In Basel I have founded the Jewish state. Were I to state this loudly today, the response would be universal derision. Perhaps in five years, certainly in fifty years, all will admit it.” And, in fact, just under fifty-one years after Herzl penned those immortal words, on May 14, 1948, the State of Israel was born. While much would transpire during the half century between the first Zionist Congress and the founding of the State of Israel, the audacious work begun at the Congress set the wheels in motion that would culminate in the founding of the Jewish state. Sadly, Herzl did not live to see his dream become reality. He died in 1904, a mere seven years after the Congress. The cause of death was heart failure and pneumonia, probably exacerbated by his tireless work on behalf of the Zionist movement. In 1949, after Israel was founded, Herzl’s remains were moved to Jerusalem and reburied on Mount Herzl. Today a monument and museum dedicated to Herzl’s life memorialize the man who would not rest until there was a Jewish state. You can learn more about the fascinating - and tragic - life of Theodor Herzl here.

The Nazi war on the Jewish people began as soon as Hitler and the Nazi party took control in Germany in 1933. In the ensuing years, Nazis would make life increasingly impossible for Jews in Germany, taking away their ability to earn a living, obtain an education, and finally even to remain German citizens. And as time passed, Nazis engaged in growing violence against German Jews, culminating in the horrific Kristallnacht pogrom in November 1938. However, a high percentage of German Jews survived the Holocaust because they had many years to escape before Germany barred their emigration in 1941. About 1/3 of the 500,000 Jews living in Germany before the war were murdered in the Holocaust. Even more of them would have survived had more countries been willing to take them in. Polish Jews, by comparison, had no time to escape. On September 1, 1939, when Germany invaded Poland, starting World War II, the Jews of Poland were instantly trapped. Within weeks, the Nazi regime began transferring Polish Jews into ghettos where they remained as prisoners until being deported to concentration camps and death camps. As we know all too well, by the end of World War II, six million Jews had been murdered in what we now call the Holocaust. Of that six million, three million were Polish Jews, a full 90% of the once flourishing and vibrant pre-war Polish Jewish community. September 1, 1939 marked the beginning of the most deadly war the world has ever known - and it also marked the beginning of the end of Polish Jewry.

Last week marked the 100th anniversary of the ratification of the Nineteenth Amendment, which gave all American women the right to vote. In celebration of that milestone, we invite you to listen to this incredible short clip from the oral history of Congresswoman Bella Abzug, which is housed in the AJC Archives. Bella Savitzky Abzug was born in New York City in 1920 to Russian-Jewish immigrant parents. A civil rights and feminist activist from a young age, Abzug successfully ran for Congress in 1970 using the slogan "This woman's place is in the House—the House of Representatives." When she took office, Congresswoman Abzug was one of only fifteen women in Congress. Yes, that’s in the Senate and the House combined! Abzug was a lifelong Zionist and passionate Jew. In this clip from her oral history, she describes making pro-Zionist speeches on the New York City subways as a young girl and her close relationship with her grandfather, her “Zayde.” Abzug’s Jewish identity helped inform her life’s work of fighting for a more just society in America.

For Shabbat Table Discussion: What does it mean to vote as a Jew in America?

Now that both the Democratic and Republican National Conventions have concluded, America is officially sprinting to the finish line of the 2020 election, now only a little over nine weeks away. In our ever-more polarized nation, modeling thoughtful and informed citizenship for our children and grandchildren has never been more important. Taking time at our dinner tables to discuss the issues at hand in this critical election is an excellent way to engage our children in thinking about what it means to be responsible citizens.

Unable to be physically present at the conventions this year because of the pandemic, AJC hosted in-depth programming with speakers and panels from both parties on issues of importance to American Jewish voters. If you did not watch these webinars live, they are all available on AJC’s website by clicking here. We encourage you to watch them and if you have teenage or young adult children, invite them to join you! 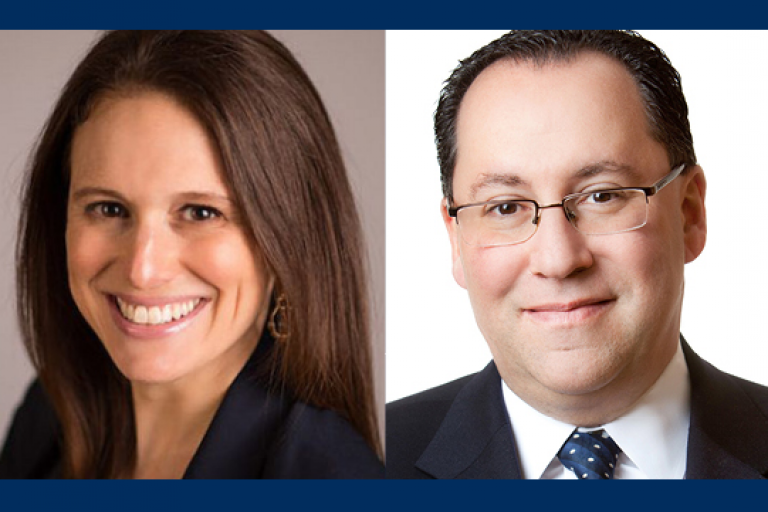