For Israel, President Trump's speech announcing decertification of Iran's compliance with the JCPOA creates a situation fraught with uncertainties. After a relatively long period of (deceptive) strategic stability, we are sailing into uncharted waters, and not surprisingly, different and even discordant Israeli voices being heard in response. Of course in Israel (as in other places, only more so…) it is not always easy to tell a policy argument from a personal grievance. Ultimately, however, despite the bitter edges and the political overtones, these disputes are useful insofar as they bring into focus the key questions that lie ahead.

Above all, these questions have to do with the prospects for rounding up enough international support for a renegotiation or refocusing of the JCPOA. Even those who came out against decertification, such as former Israeli national security adviser Uzi Arad, and openly criticized Netanyahu's "fix it or nix it" language, have called for "strengthening" the agreement, securing access to military facilities, stopping Iran's ballistic missile program, and tightening the conditions for  implementing the so-called "sunset clauses." But they do not see much of a prospect of other allies joining a unilateral American repudiation of the JCPOA, and hence would rather take a much more cautious and nuanced approach, which may ultimately gain support for the necessary fine-tuning of the deal.  Within the Israeli foreign policy and intelligence community there are many who came to the same conclusion, not because they think the JCPOA is the best that could have been achieved, but because they fear that in the present state of world affairs, it may be preferable to any realistic alternative.

Others, for essentially the same reason – that it would be extremely difficult to forge an effective non-violent option – have come to the opposite conclusion: i.e., that nothing short of military action will stop Iran. The argument has recently been put forward quite forcefully by Professor Efraim Inbar (president of the newly established Jerusalem Institute for Strategic Studies, of which I am a vice president). Given the audacious scope of Iranian ambitions in the region and beyond, this warning should come as no surprise. Since the JCPOA came into effect, Iran has aggressively sallied forth on several fronts. The missile program that surges ahead is clearly not meant to give Iran just the capacity to lob a few hundred pounds of high explosives halfway across Europe (and ultimately all the way to the U.S.). Only nuclear warheads make sense in this context. Meanwhile, Iranian subversion has crossed new thresholds. Tehran somehow contrived to get much of the credit for defeating the "Islamic State" in both Iraq and Syria, and has played a major role, through her allies in Iraq, in painfully punishing the Kurds for their quest for independence.

The threats to Israel are thus real and immediate. The Iranians and their proxies are perilously close to the creation of a "second front" on the Golan, virtually side-by-side with Hezbollah's threat from Lebanon. Not only is Israel in danger. In Yemen, the Iranian-backed Houthi uprising continues to pose a strategic threat to Saudi Arabia and to regional stability. Having achieved all this, and with regional hegemony within reach, it is not likely that anything short of brute force would turn back the Iranian regime's designs.

This is certainly the necessary point of departure for Israeli planners, who seek to secure the country's survival – and that of the Jewish people – against a virulent and deeply committed enemy. Much has been invested already in preparing a military option. As Uzi Arad has divulged, tough as the training has been for the Israeli Air Force pilots involved, the attack option is indeed a viable one – as long as Israel and others in the region are willing to face the possible consequences (in contrast to the South Koreans, who are not willing to contemplate another devastating war with the North, even if this were the only way to reverse the DPRK's nuclear ambitions). Such capabilities need to be sustained, improved, and adjusted to the changing target set. There have been several references by Israeli leaders, in recent weeks, to the need to prepare for possible action against the Iranian threat.

Still – if and only if a viable military option remains "on the table" at all times – it is also possible to envisage a more hopeful scenario. The credible threat of military action by the U.S., Israel, or both could in itself help set in motion a sequence of actions and reactions which could get Iran once again to the negotiating table. If the regime's dignity is to be preserved, this can be framed as "clarifying" the deal rather than ditching it: but ultimately, it must mean a significant recasting of the sunset clauses, making Iran's freedom to enrich dependent on her regional behavior, and an end to the ballistic missile program in its present scope. Congressional sanctions legislation, designed to push Iran and pose a renewed dilemma to the regime, need not be entirely unilateral. For many countries, the present situation, in which they are free to befriend Iran in pursuit of their own energy and trade interests, is clearly the preferred option. But if the alternative is not between this happy state and a return to sanctions, but rather, between resumed sanctions (forcing Iran to discuss a better deal) and the prospect of war, there is good reason to believe the regime will opt – reluctantly but effectively – for the former.

This is the role Israel was asked to play back in the years of the first Obama Administration, when an admirable effort was made to bring even Russia and China to support the UNSC sanctions resolution (under Chapter 7 of the UN Charter, thus defining Iran's policies as a breach of the peace and a threat to the world as a whole). Israel was almost explicitly encouraged to act as "the wild card" and persuade others that the sanctions should be their preferred option (or else…).

The same can be done again: hence the utility of the loud grumbling about war, coming from the highest levels of government in Israel – not only because this is a true reflection of Israeli fears, but also because it does happen to be a useful tool for bringing the thinking of others into sharp focus.

The Iranians, of course, will not sit idle: their first instinct will be to frighten everyone off by grumbling even more loudly about what they might do in response to what they are bound to describe as the breaking of a solemn (if unsigned) commitment. They will speak of conflict; they may even threaten to resume uranium enrichment at pre-negotiation levels. This uncertainty about the intensity and the impact of their reactions is one of the reasons that some prominent Israelis are counseling caution. The Iranian regime, however, is in a poor position to argue that it has been deceived: a government which for years broke its oath to world community by trying to hide secret enrichment facilities, built in breach of Iran's NPT obligations, should not be allowed to claim the moral high ground.

Moreover, the Iranians – or at least their diplomatic elite – must have known all along that the JCPOA is neither a binding treaty nor (if the pun is forgiven) "the Laws of Medes and Persians." Had it been, Obama would have needed 67 senators for ratification; as it was, he barely had just above the 40 necessary to prevent cloture and foil anti-JCPOA legislation. The real prospect of a bid to re-negotiate or "strengthen" the deal should thus come as no surprise: and if the sanctions do bite, there is a real chance that the present arrogant Iranian reactions will come to be replaced, as happened before, by a more diplomatic response. At the end of the day, the Tehran regime (unlike Pyongyang's) cannot truly afford to alienate its own people by allowing economic conditions to deteriorate further.

The same is true for the international community. No one is eager to see a new challenge at their doorstep: but once they face a firm American decision, backed by credible Israeli (and American) military options, some of the key players may feel able to return to their own original misgivings about the deal. France has always been the most firm of the six, and would gladly do the biding of her Arab friends in tightening the sunset clauses. Britain is equally mindful of the consequences of failure, and is more beholden to the U.S. after Brexit. Germany, it can be argued, will go along if the prospect is for a re-negotiated deal, not a total collapse of the JCPOA concept. Russia and China would be the hardest nuts to crack, and it is for their benefit that the message about possible Israeli action needs to be made explicit. China abhors any form of instability, while Russia wants to avoid a blow to the regime in Damascus: fear, rather than honor or even interest – to use Thucydides' familiar list of basic motivations – is what may drive Moscow and Beijing to persuade Iran to show some flexibility.

Similar dynamics may come to prevail in regard to the tensions on Israel's northern frontier, which could certainly rise now as Iran uses this leverage to deter Israeli actions. Here, the Russian interest in keeping Assad – a blood-besmirched, but useful client – out of harm's way may serve to restrain Iran's freedom of action on the Golan front. Once again, a credible threat may be the way to avoid an actual confrontation. Hence the strategic value of the comments made by Minister of Defense Lieberman – who has Russian ears in mind – about a possible war and about the need to counter Hezbollah's provocations. They should be read as tactical messages to Moscow rather than as a hot-headed reflection of Israeli plans. The old Roman adage – si vis pacem, para bellum – may be as appropriate now as it has ever been: those who wish to avoid war should do so by being ready for it.

Eran Lerman is the former deputy for foreign policy and international affairs at the National Security Council in the Israeli Prime Minister's Office. Prior to that, he served as director of AJC’s office in Israel. 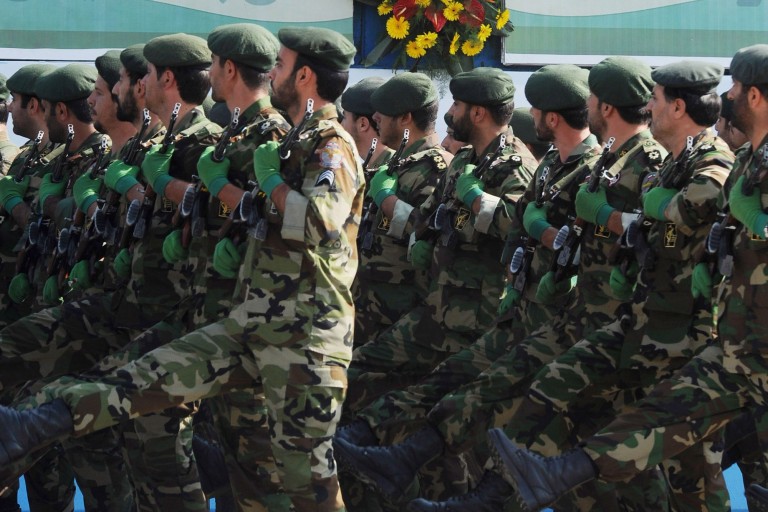