“Nostra Aetate” (“In our times”) is a fundamental Vatican II document now celebrating its 50th anniversary, marked this week in Rome by two major events: a symposium at the Pontifical Gregorian University October 26-28 with leading Jewish, Muslim, Hindu, Buddhist and Catholic (Vatican) speakers, crowned by a papal audience for all attending; and a Forum October 29 on “The Continued Importance of Interreligious Engagement in Combatting Intolerance” organized by the United States Embassy to the Holy See and John Cabot University with Catholic, Jewish and Muslim speakers. And to complement these celebrations, “Religions for Peace” is holding its European Assembly entitled “Welcoming Each Other: from fear to Trust” at Castel Gandolfo October 28 – November 1.

“Nostra Aetate” first and foremost revolutionized the Catholic Church’s relations with the Jews, but also with all the other major world religions. By institutionalizing a new respect for the Jewish faith in Catholicism, it effectively also helped to create a more positive and trustworthy image of Christianity (and other religions) in the Jewish psyche, after suffering centuries of strife and persecutions.

Born of the need felt by a visionary Pope, St. John XXIII, after his personal experiences in World War II and the Holocaust, to redress the wrongs committed by Christianity throughout the ages in widespread preaching that Jews were a people rejected by God and condemned to eternal wandering for their so-called crime of “deicide” (what Jules Isaac, the Jewish historian and Holocaust survivor who first sensitized Pope Roncalli to this issue at their historic 1960 meeting, coined as “the teaching of contempt”) the projected Vatican II “document on the Jews” evolved into a 5 part statement that re-evaluated the inherent worth of Jewish and other non-Christian faiths.

As a concrete expression of Pope John XXIII’s program of “aggiornamento” – the Catholic Church’s “updating” and opening to the World - it contains the seeds of a new awareness and respect for “the community of all peoples” and the major world religions which, it states, “often reflect a ray of that Truth which enlightens all men”. It makes the important statement that “The Catholic Church rejects nothing that is true and holy in these religions.”

Paragraph Four, on relations with the Jewish people and religion was the original embryo from which the document grew.

Today, 50 years later, how does world Jewry evaluate the changes wrought by “Nostra Aetate” in Catholic Jewish relations? One might well say that there is overall agreement among leading representatives of all branches of Judaism on this issue. Here below, are comments by two outstanding rabbis engaged for many years in interreligious dialogue. Both are keynote speakers during this week’s celebratory events.

Rabbi Jack Bemporad (Reform - Liberal), born in Italy, fled the country’s fascist takeover prior to WWII, emigrating with his family to the U.S. when he was five years old. As a result of his personal suffering caused by persecution and prejudice, he has dedicated his career to improving relations among Christians, Muslims, and Jews worldwide. He is Director of the John Paul II Center and Professor of Interreligious Studies at the Angelicum (Pontifical University of St. Thomas Acquinas) as well as being Founder and Director of the Center for Interreligious Understanding in New Jersey, U.S.A. He has led groups of Imams and Muslim religious teachers from the Middle East to Dachau and Auschwitz.

“’Nostra Aetate’ addressed most of the issues that Jules Isaac brought to the attention of St. John XXIII.” Says Rabbi Bemporad. “Pope Roncalli, having lived through World War II, witnessed the Holocaust, and has been honored as one of the “Righteous” at Jerusalem’s Yad Vashem for having personally intervened to help save thousands of Jewish lives when he was Apostolic Delegate in Turkey and Greece. He felt truly distressed that the Catholic Church’s widespread ‘teaching of contempt’ had produced a kind of apathy leading to insufficient action among many Christians when Jews were persecuted by the Nazis”.

“Before Vatican II, replacement or substitution theology termed ‘supercessionism’, evoked images of the Jewish God as an ethnic, vindictive, wrathful God of a religion dominated by legalism. Then came Jesus, replacing the Old Testament God with the God of love. Such teaching was meant to highlight the virtues of Christianity and replace the ‘Old’ Jewish religion with the ‘New’ message of Christianity. Such an attitude made it impossible to acknowledge the great debt Christianity owed to Judaism, something Nostra Aetate addressed and rectified.” Rabbi Rosen says “This widespread pre Vatican II teaching misrepresented Judaism as a religion only of Law contrasted by Christianity as a message of love. Yet Jesus’s central affirmation is based on Judaism’s emphasis on the primacy of love of God and neighbor. Love of God is urged in the Hebrew Bible as an overwhelming imperative (far more than fear of God) The central Jewish declaration of Faith is Deut. 6: 4-9 Shema Yisrael – ‘Hear O Israel, recited every morning and evening by observant Jews. Verse 5 commences with “and you shall love the Lord your God with all your soul and all your might….” Judaism teaches through the statement of Rabbi Akiva 2000 years ago that the most important principle in the Torah is (Leviticus 19:18) to ‘love your neighbor as yourself.’ Therefore Jesus taught foundational Jewish teaching that Love of God and neighbor are the guiding principles. The work of the great 16th century Italian Jewish scholar, Yehuda Abravanel known as ‘Leon Ebreo’, ‘Dialoghi di Amore’ sums up the essence of the Jewish religion in three conversations – On Love and Desire, On the Universality of Love, and on the origin of Love.”

However, Christianity’s misrepresentation of Judaism has been so common and persistent that the Vatican document issued in 1974 as ‘Guidelines and Suggestions for implementing the conciliar declaration Nostra Aetate n.4’ returns to the issue and specifically warns against such incorrect “stereotypes of a loving versus a vengeful God” says Rabbi Rosen. “Even Pope Francis occasionally recurs to them in some of his homilies”, he notes “though obviously without prejudicial intent.” Rabbi Rosen is quick to add that Francis “is recognized throughout the Jewish world as a true friend of the Jewish People. Most important of all, this is precisely how he sees himself. There has never been a pope with so many intimate Jewish friends, and he has spoken and written on this movingly. Never before in history (since Peter!) has there been a pontiff who is so familiar with and appreciative of contemporary Jewish life and spirituality.”

Rabbi Bemporad also feels that strong bonds have been created between Francis and the Jewish people. He recently had an ad published welcoming Francis to the U.S. and signed by 420 rabbis.

Bemporad notes that other important points in Nostra Aetate include the assertion attributed to Paul (Romans) , that “ God holds the Jews most dear for the sake of their Fathers; He does not repent of the gifts he makes or of the calls He issues”. Rabbi Bemporad recalls that “this statement was practically unknown or glossed over in pre Vatican II Catholic teaching, along with the statement that ‘the Apostles…as well as most of the early disciples…sprang from the Jewish people’ – (and also Jesus himself of course ).- These were entirely new concepts for most Catholics at the time. And suddenly, Jews were now also to be called ‘the People of God’.”

According to Rabbi Rosen, “The most significant change brought about by Nostra Aetate is to see the existence of the Jewish People in a positive light and with a positive integrity/purpose in its own right. The most significant injunction is ‘Not to present Jews as rejected or accursed by God’, to recognize that the Church ‘draws’ (in the present tense) ‘from the cultivated olive tree onto which (she) has been grafted’, and the call ‘to foster and promote mutual understanding and respect’. This affirmation is in effect a revolution in how the Jewish people is viewed, climaxing in the statement in Pope Francis’ encyclical that Christians need to see ‘a complementarity’ in the Church’s relationship with the Jewish People.” What are the major challenges we face together today?

Rabbi Rosen replies: “affirming the intrinsic value, meaning and purpose of life. This has ramifications for the individual, families ,communities, nations, the environment and the cosmos as a whole. Another challenge is to familiarize people with post-Vatican II documents in areas of the western Christian world and other places where there may be no Jewish communities and where ‘the new theology’ often does not even appear on the local radar screen. So there is an enormous educational challenge to ensure that the revolution on Mount Olympus reaches down to the grass roots.”

Rabbi Bemporad feels that “while in the U.S. and many other countries parochial schools and especially colleges and universities teach the new teaching, there remain many places where this teaching is neglected, where Vatican II is ignored or minimized, and the study of theology is not popular. This is unfortunate, especially since there are some very interesting, ongoing theological, historical and Biblical studies which are helping to bring about better understanding in large part as an offshoot of Vatican II.

Rabbi Bemporad also points out the need for more action. “We can’t just continue to hold conferences confirming our love for one another without also establishing more joint task forces on Interreligious dialogue that focus on ‘how can I be true to my faith while you remain true to yours.’ The point is not to expound “apologias” of our own religion by comparing the best in ours with the worst in yours , but rather to work on eliminating the worst in our own religion while preserving the best.”

“In the 1960’s and up to 9/11, religion was generally seen as a trivial force compared to economic and political factors” says Rabbi Bemporad. “Now we’ve come to understand that religion has tremendous power with billions of followers. Radical Islam is a totalitarian ideology, that is not rooted primarily in political and economic issues. Isis has already become a fanatical Islamic state with its own economy and people. We need to face this very dangerous threat together, united. One immediate action to be taken is to support and reinforce dialogue opportunities with the many exponents of moderate Islam in the world.”

* Representative in Italy and Liaison to the Holy See, AJC – American Jewish Committee.

This article was originally published by Vatican Insider. 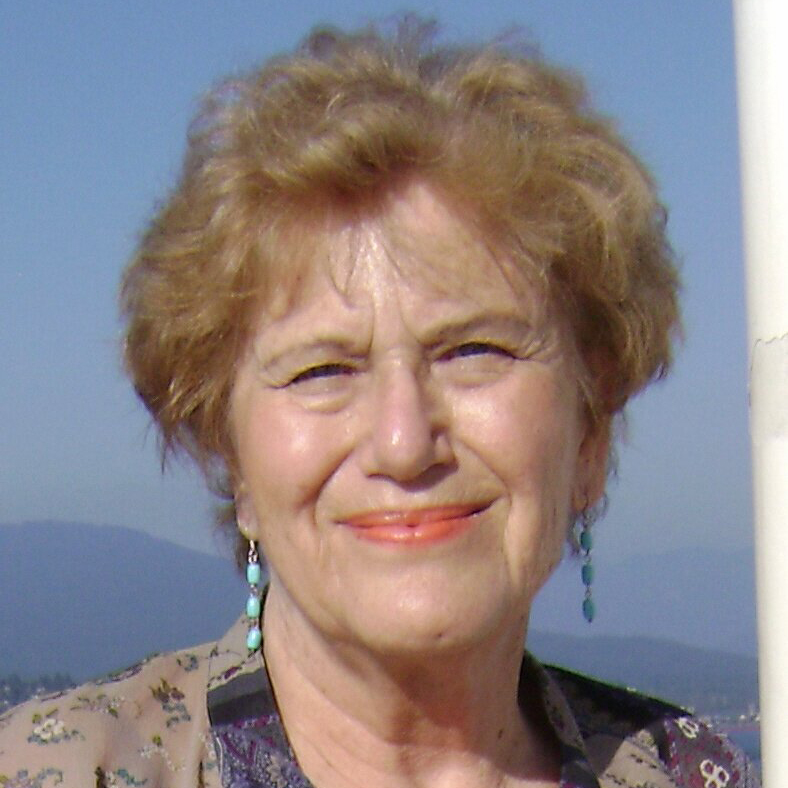