American Jewish Committee (AJC) and the National Association of Attorneys General (NAAG) are partnering to combat antisemitism in the United States.

On February 24, AJC staff will engage NAAG members in a virtual training session, “The People v. Hate: Standing Up for Humanity through Combating Antisemitism.” The AJC-led training dovetails with District of Columbia Attorney General Karl A. Racine’s 2021 NAAG Presidential Initiative to unite all attorneys general across the United States to counter hate and hate-related violence nationwide.

“We must fully understand the extent of hate to prevent violent attacks that terrorize our communities,” said D.C. Attorney General and NAAG President Karl A. Racine. “Standing up against hate is the responsibility of all of us, especially elected leaders. Attorneys General, as the chief law enforcement officers in their jurisdiction, are ready to tackle hate, including antisemitism, in all its forms. We’re grateful to AJC for sharing their report and findings with us, and we look forward to working together to bring awareness to this issue.”

AJC’s 2020 report, based on parallel surveys of the American Jewish and general populations, revealed that 88% of Jews considered antisemitism a problem today in the U.S., 37% had personally been victims of antisemitism over the past five years and 31% had taken measures to conceal their Jewishness in public.

In the first-ever survey of the general U.S. population on antisemitism, AJC found a stunning lack of awareness of antisemitism. Nearly half of all Americans said they had either never heard the term “antisemitism” (21%) or are familiar with the word but not sure what it means (25%).

Translate Hate (AJC.org/TranslateHate) is an innovative digital resource aimed at enabling Americans of all backgrounds to recognize and expose antisemitic language and images and recommends actions to take against hate speech.

Participants in the training will gain a deeper understanding of the range of antisemitic conspiracies, tropes, and symbols, and, importantly, the multiple sources of antisemitism emanating from the right, left and religious extremists.

AJC and AG Racine have been working together to support the Jabara-Heyer NO HATE Act that aims to incentivize state and local municipalities and law enforcement to track and prosecute hate crimes. They urge members of Congress to pass this important measure and President Biden sign it to law. 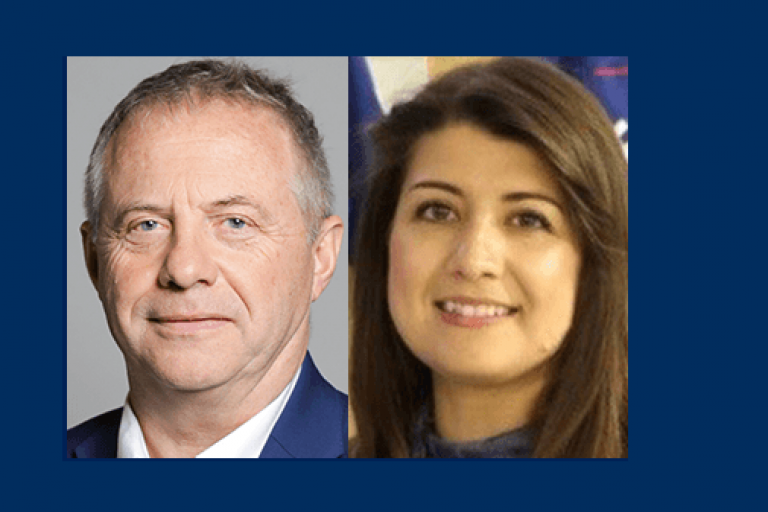 Kicking Antisemitism Out of the UK: A Conversation with Lord John Mann and Rola Brentlin – AJC Advocacy Anywhere Watch the Video