The U.S. Department of Education has announced it will investigate a complaint that accuses the University of Vermont of not doing enough to clamp down on antisemitic activity on campus.

Jewish students say that UVM administrators failed to properly respond to multiple incidents last year, including the exclusion of Zionist students from campus groups and a social media post from a teaching assistant about lowering the grades of Zionist students.

American Jewish Committee, the leading global Jewish advocacy organization, whose initiatives were cited in President Garimella’s statement in support of his claim of UVM’s commitment to fighting antisemitism, has been in touch directly with Garimella regarding the situation on campus, and wrote a letter to Garimella in response to the statement.

“President Garimella’s attempt to defend the reputation of UVM has negatively impacted Jewish students who have experienced antisemitism on campus, making Jewish students and groups feel less included, valued, and protected at UVM. UVM has expressed the intention to take antisemitism on campus seriously, and cited two of AJC’s key initiatives as evidence of that commitment: the President’s Summit, and AJC Project Interchange. Our initiatives offer university administrators resources to engage Jewish students in open and nuanced dialogues about issues that are central to Jewish life, including their connection to Israel. While we are committed to working with UVM administrators and Jewish students on campus to help bridge the clear gaps in understanding, we are deeply disappointed that the university chose to speak on behalf of Jewish students, rather than stage a more robust and much-needed conversation with them about the antisemitism being reported on campus. Listening to Jewish students is essential to fostering the inclusive environment that UVM strives to maintain on campus.” 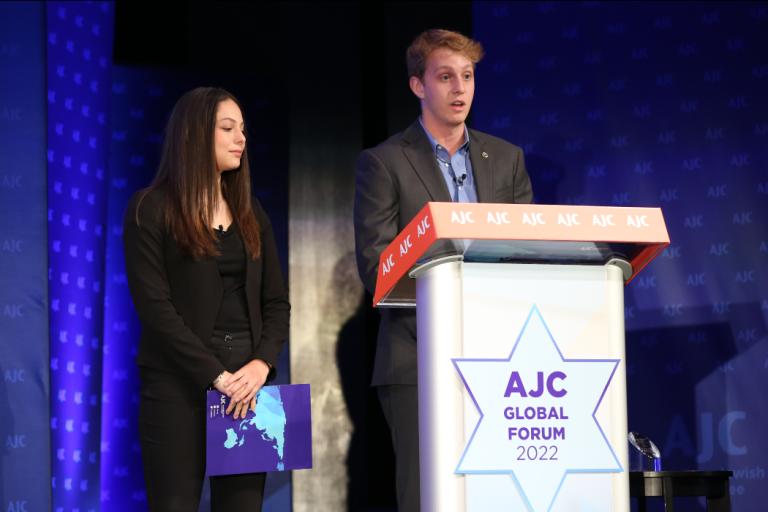