American Jewish Committee (AJC) welcomes the announcement of bipartisan reintroduction of a bill in the House of Representatives and Senate to improve hate crimes reporting and governmental responses to hate. The Khalid Jabara and Heather Heyer National Opposition to Hate, Assaults, and Threats to Equality (NO HATE) Act, led by Representatives Don Beyer (D-VA), Judy Chu (D-CA), Fred Upton (R-MI), and Vern Buchanan (R-FL) in the House, and Senators Richard Blumenthal (D-CT) and Jerry Moran (R-KS) in the Senate, seeks to close gaps in the reporting of hate crimes across the nation.

Joining AJC in advocating for the NO HATE Act are more than 50 Asian American organizations that signed onto a letter organized by AJC’s Asia Pacific Institute. The letter cites the uptick in hate crimes against Asian Americans and the importance of measures within the bill that will help law enforcement “more accurately assess and ultimately reduce bias-motivated crime.”

The FBI is required by law to gather data on hate crimes annually, but the information is undeniably inaccurate. Victims inconsistently report hate crimes, and law enforcement is not always equipped to identify crimes as motivated by bias. Because reporting is voluntary, today only 13 percent of the nation’s law enforcement agencies submit any hate crimes data to the FBI. More than 70 cities with at least 100,000 residents failed to contribute to the latest FBI Hate Crimes Statistics report or reported zero hate crimes.

Jews remain the most targeted victims of religiously-motivated hate crimes in the FBI reports. AJC’s 2020 State of Antisemitism in America report found that 76 percent of those who were the target of an antisemitic attack or remark did not report it. This, coupled with inaccurate and incomplete hate crimes data to the FBI, limits federal, state, and local governments’ and institutions’ abilities to address hate crime related issues – the scope, location, and severity of the problem.

Since the coronavirus outbreak over a year ago, the spread of disinformation about and harassment of the Asian-American community has dramatically escalated. “The repugnant harassment and discrimination directed at Asian Americans is all too familiar to the Jewish community, and we are obligated to take action to oppose it,” said AJC’s Asia Pacific Institute (API) Director Shira Loewenberg. “AJC will always stand united with our friends in the Asian American community against racism, xenophobia, and violence in any form.”

The Jabara-Heyer NO HATE Act will incentivize state and local law enforcement authorities to improve hate crime reporting by making grants available, to be managed through the Department of Justice. The grants, authorized from existing funds, will provide resources such as law enforcement trainings, the creation of reporting hotlines, increased resources to liaise with affected communities, and public educational forums on hate crimes. In the 116th Congress, the House twice passed the NO HATE Act as a provision in coronavirus stimulus bills, but neither were passed by the Senate. 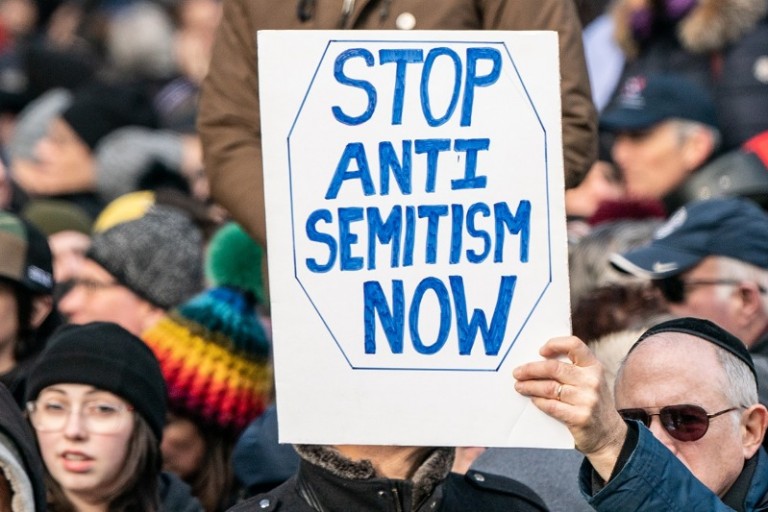