American Jewish Committee praised New York State Comptroller Tom DiNapoli’s decision to pull pension fund investments out of Unilever, the parent company of Ben & Jerry’s. The ice cream maker announced in July that it would cease selling its products in the West Bank.

“After a thorough review, the New York State Common Retirement Fund will divest its equity holdings in Unilever PLC. Our review of the activities of the company, and its subsidiary Ben & Jerry’s, found they engaged in BDS activities under our pension fund’s policy,” DiNapoli said in a statement to The New York Post.

New York is one of several states that put Unilever on notice. Florida earlier this week announced it would pull $139 million investments from Unilever and bar state agencies from doing business with the international company.

In September AJC praised New Jersey’s announcement that its state pension funds would divest from Unilever if Ben & Jerry’s decision was not reversed by mid-December.

AJC, the leading global Jewish advocacy organization, has long fought BDS efforts as a simplistic, wrong-headed response to a complex situation which singles out Israel for condemnation.

AJC supported a letter signed by Ben & Jerry’s franchisees in the United States in July calling on the company to “re-examine and withdraw” its decision. 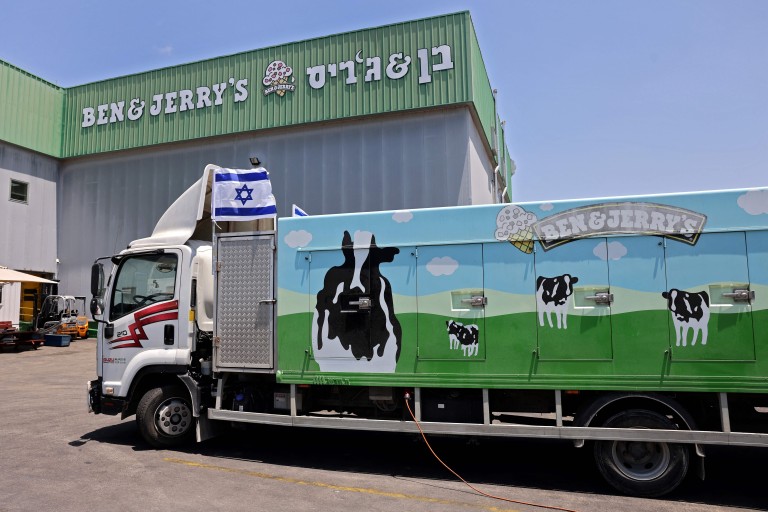