But alignment on the antisemitism threat to French society, and the government’s weak responsiveness, does not mitigate the fears of Jews about their safety and future in France. To read the full report, click here.

Nearly three-quarters, 73%, of the French public, and 72% of Jews, consider antisemitism a problem that affects all of French society. 47% of the general public and 67% of the Jewish respondents say the level of antisemitism in France is high, while 27% and 22%, respectively, say it is low. 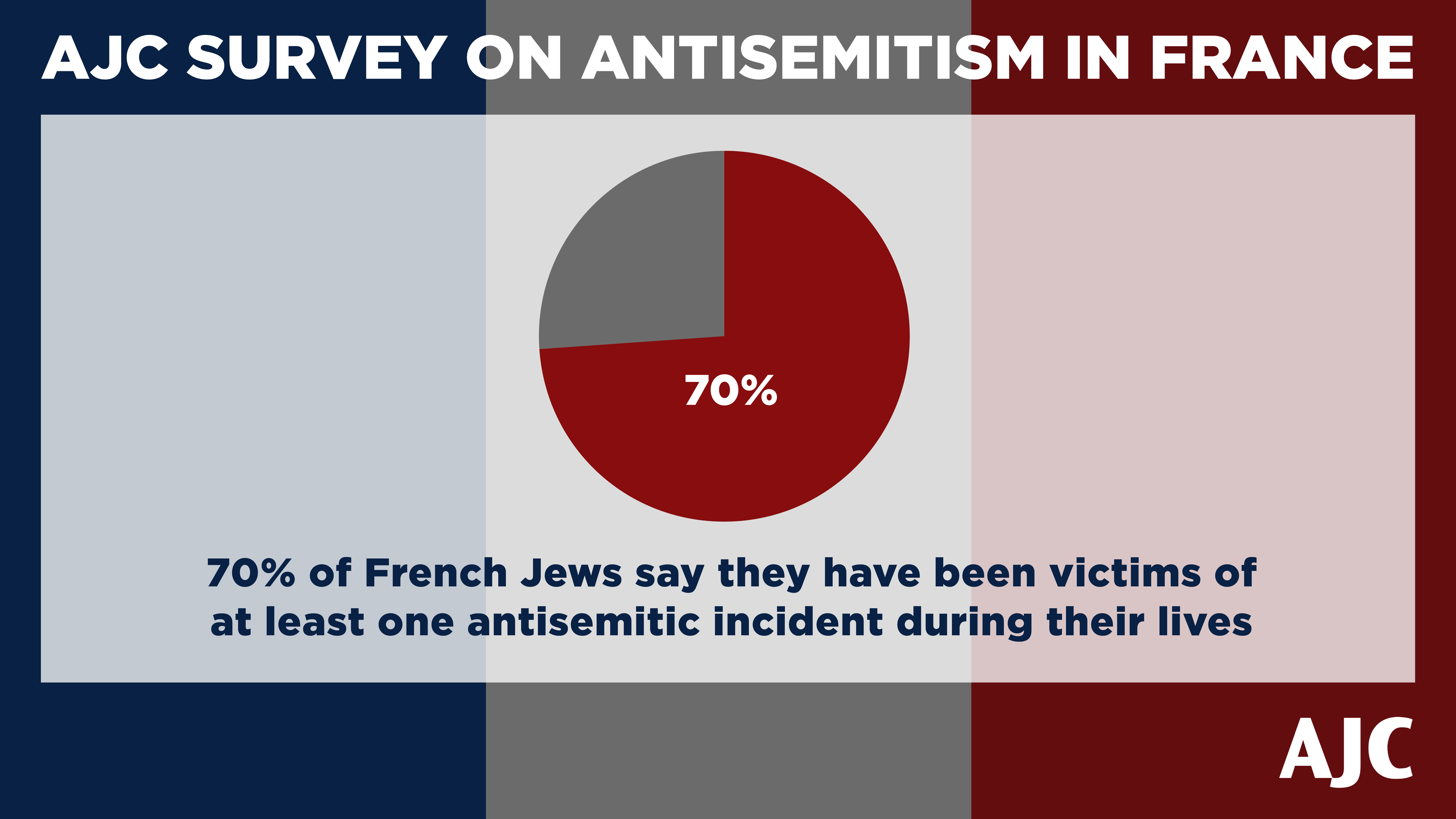 While 53% of the general public say antisemitism has been increasing, and 18% decreasing, in recent years, 77% of Jews say it has increased and 12% decreased.

“Antisemitism has become a concern for French society as a whole,” said Anne-Sophie Sebban-Bécache, Director of AJC Paris. “It is not considered anymore as only the concern of Jews. We are not as alone as we could have felt in the past to fight this scourge.” 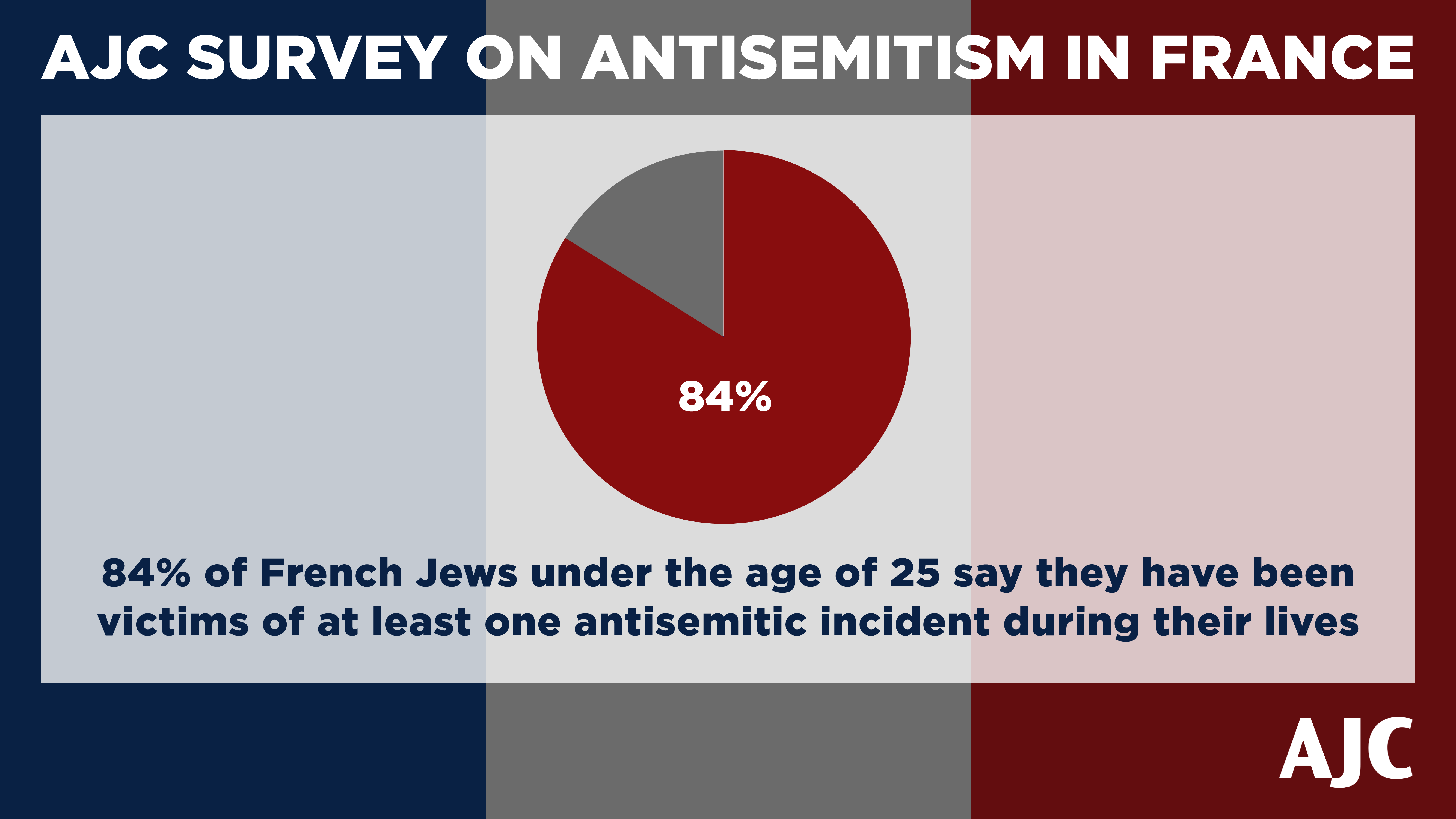 The extent of antisemitic attacks on France’s Jewish community, the largest in Europe, is stunning.

The AJC Paris survey found that 70 percent of French Jews say they have been victims of at least one antisemitic incident in their lifetime, 64% have suffered anti-Semitic verbal abuse at least once, and 23% have been targets of physical violence on at least one occasion, with 10 percent saying they were attacked several times. 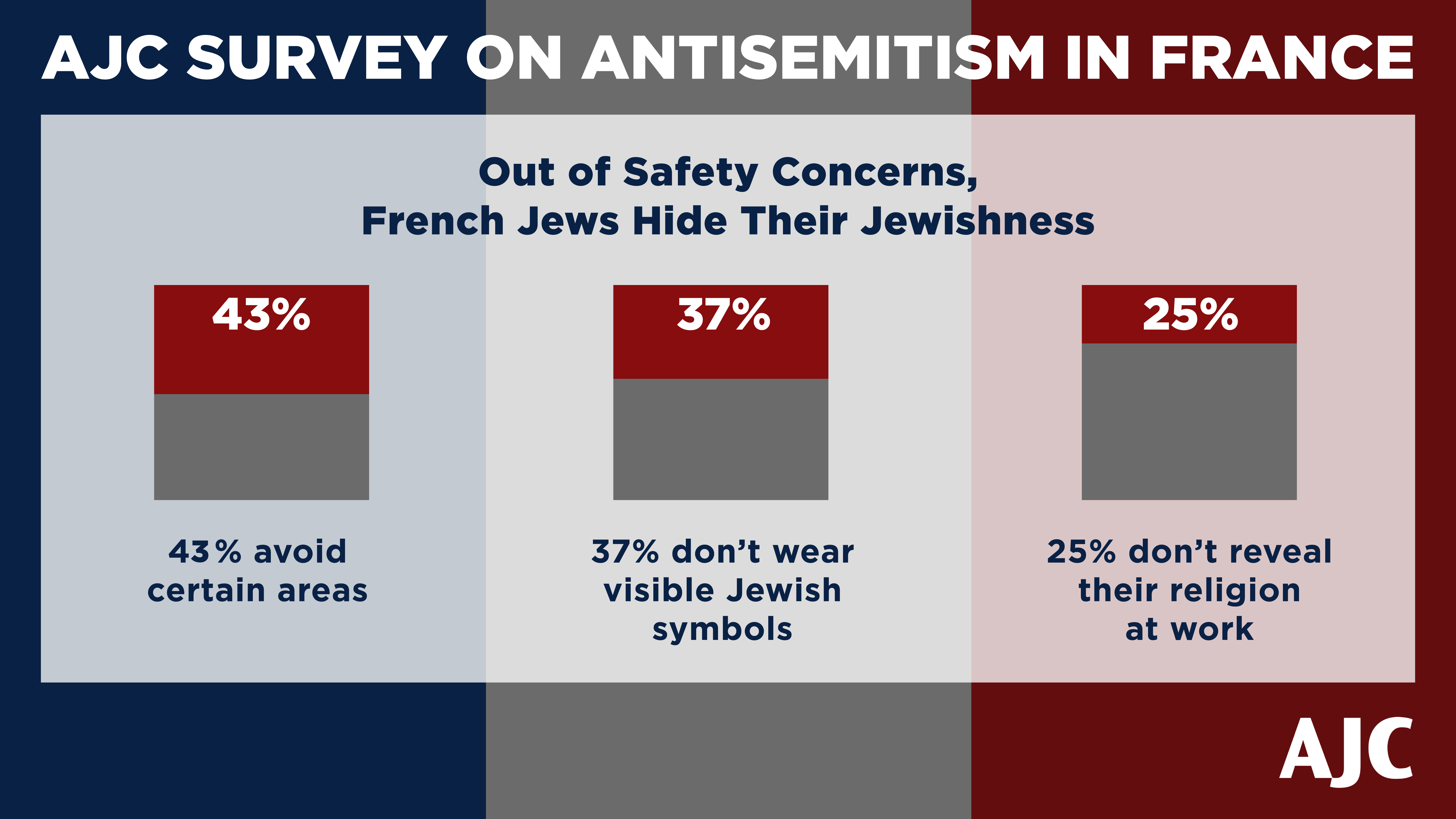 The continued spiraling of antisemitism in France has led significant percentages of the Jewish population to take protective actions. More than one-third, 37%, refrain from using visible Jewish symbols, 25% avoid revealing their Jewish identity in the workplace, and 52% have considered leaving France.

Overall, 44% of the Jewish sample say the situation for French Jews is worse than a year ago, only 11% say it is better and 42% no better or worse.

Visibly religious French Jews feel the most vulnerable, with 74% of them saying they had been a victim of at least one act of verbal abuse, compared with 64% of the full Jewish sample.

54% were victims of verbal abuse, and 26% had been victims of antisemitic violence in schools.

But equally disturbing is the finding that 46% said they had suffered anti-Semitic verbal abuse in the workplace.

French Jews have no respite from antisemitism. "This has to stop,” Sebban-Bécache declared. “The fight against antisemitism must be a national priority which has the adequate means to cover all of France.” 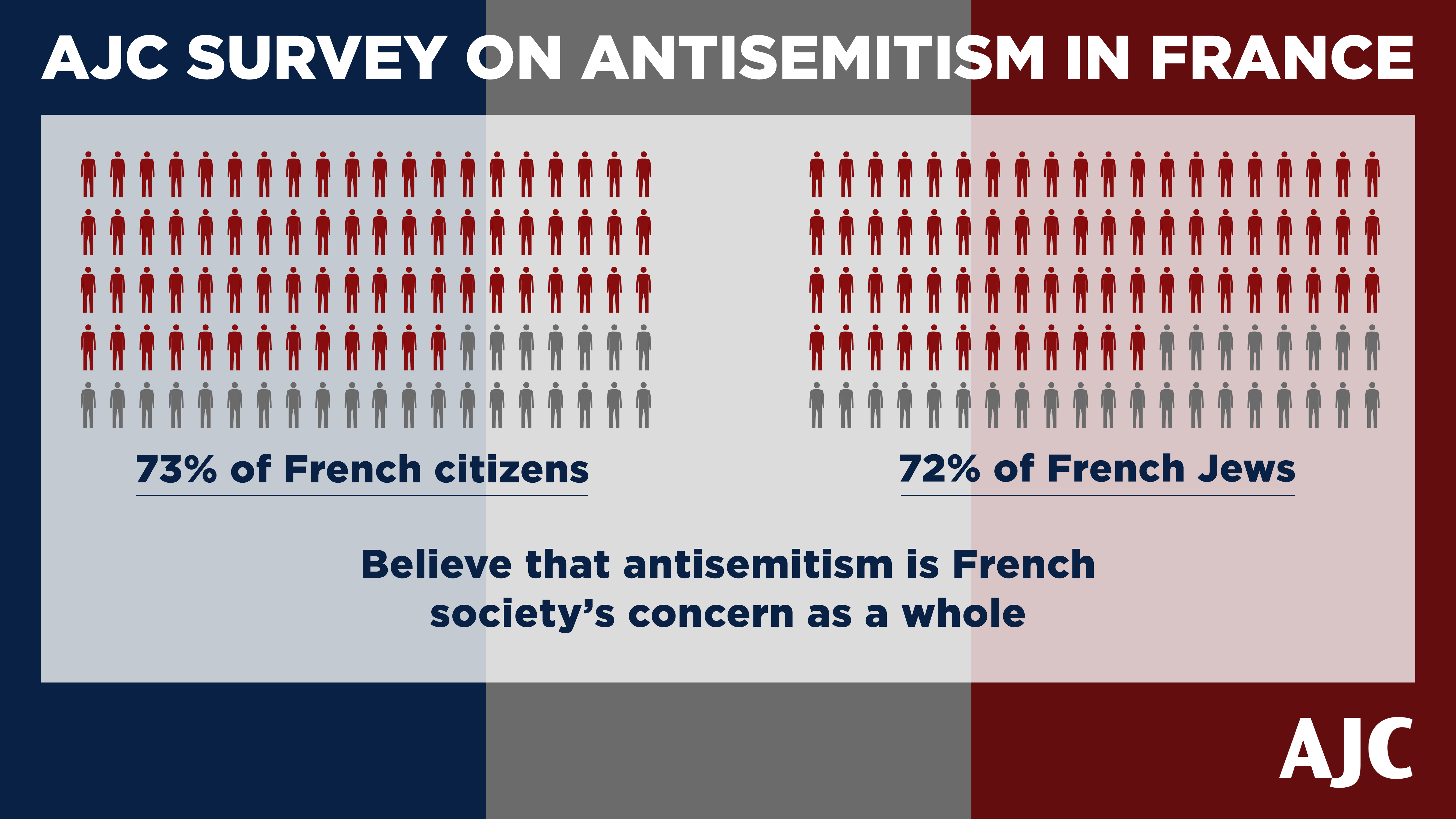 The AJC Paris study was conducted by IFOP, a leading polling firm, in partnership with Fondapol, a major French think tank. They polled 505 French Jews and 1027 French people between October 14 and November 19, 2019.