AJC warmly congratulates Brazilian President Jair Bolsonaro on his inauguration, as he embarks on leading Latin America’s largest country and the fifth most populous nation in the world.

“As longstanding advocates for robust relations between Brazil and Israel, we are especially gratified that Prime Minister Benjamin Netanyahu attended President Bolsonaro’s inauguration and met with him, as well as with other regional leaders,” said Dina Siegel Vann, Director of AJC’s Belfer Institute for Latino and Latin American Affairs. “This moment presents new opportunities to expand interactions between these vibrant democracies.”

Moving forward on President Bolsonaro’s pledge to move Brazil’s embassy to Jerusalem, Israel’s capital, was one of several issues he and Netanyahu discussed.

“President Bolsonaro’s election has already created a sea change in Brazil’s relations with Israel, expanding the potential for diplomatic, economic and security ties that will benefit both nations,” said Siegel Vann.

Netanyahu’s visit to Brazil and Bolsonaro’s upcoming visit to Israel in March reflect the new momentum in the bilateral relationship, which dates back to Israel’s establishment.

Brazilian diplomat Osvaldo Aranha presided over the UN General Assembly on November 29, 1947, when the world body adopted resolution 181, which recommended partition into two states of the British Mandate of Palestine, providing the legal framework for the creation of the State of Israel. The Arab world rejected the creation of an Arab state alongside Israel.

Aranha’s personal role in the establishment of the State of Israel was commemorated at the AJC Global Forum in Jerusalem in June, with powerful remarks delivered by his grandson, Pedro Correa do Lago.

AJC has had a representative in Brazil since 2011; maintained a close partnership with the Jewish Federation of São Paulo, the largest in the country; established an AJC ACCESS program for young leadership in São Paulo; and signed an association agreement with the Federation of Jewish Communities of Brazil (CONIB) in 2015. Muriel Asseraf is AJC's representative in São Paulo, Brazil. 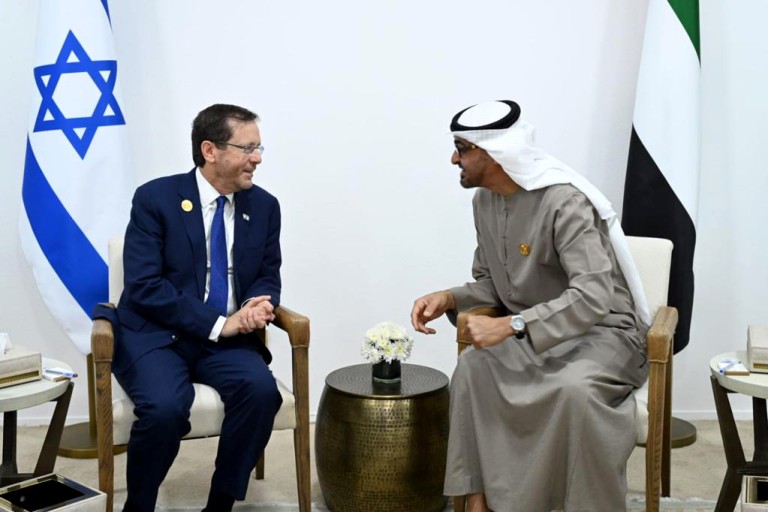