The California Legislature has designated July 29, 2021, as Sugihara Visas Day to memorialize the great achievements of Chiune Sugihara in saving thousands of Jewish lives during World War II. 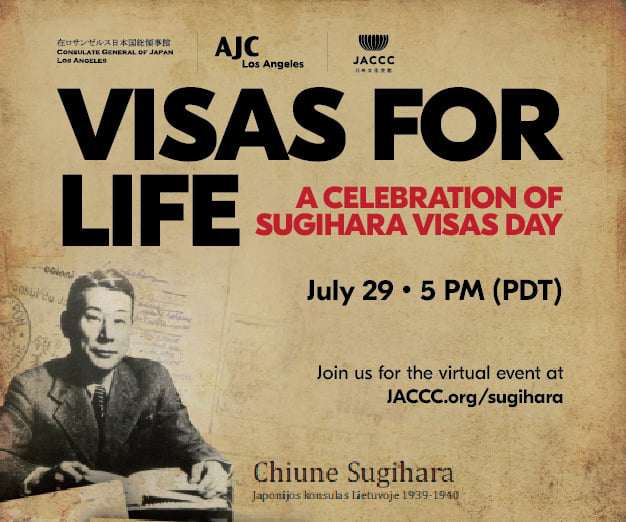 The commemoration can be viewed at JACCC.org/sugihara.