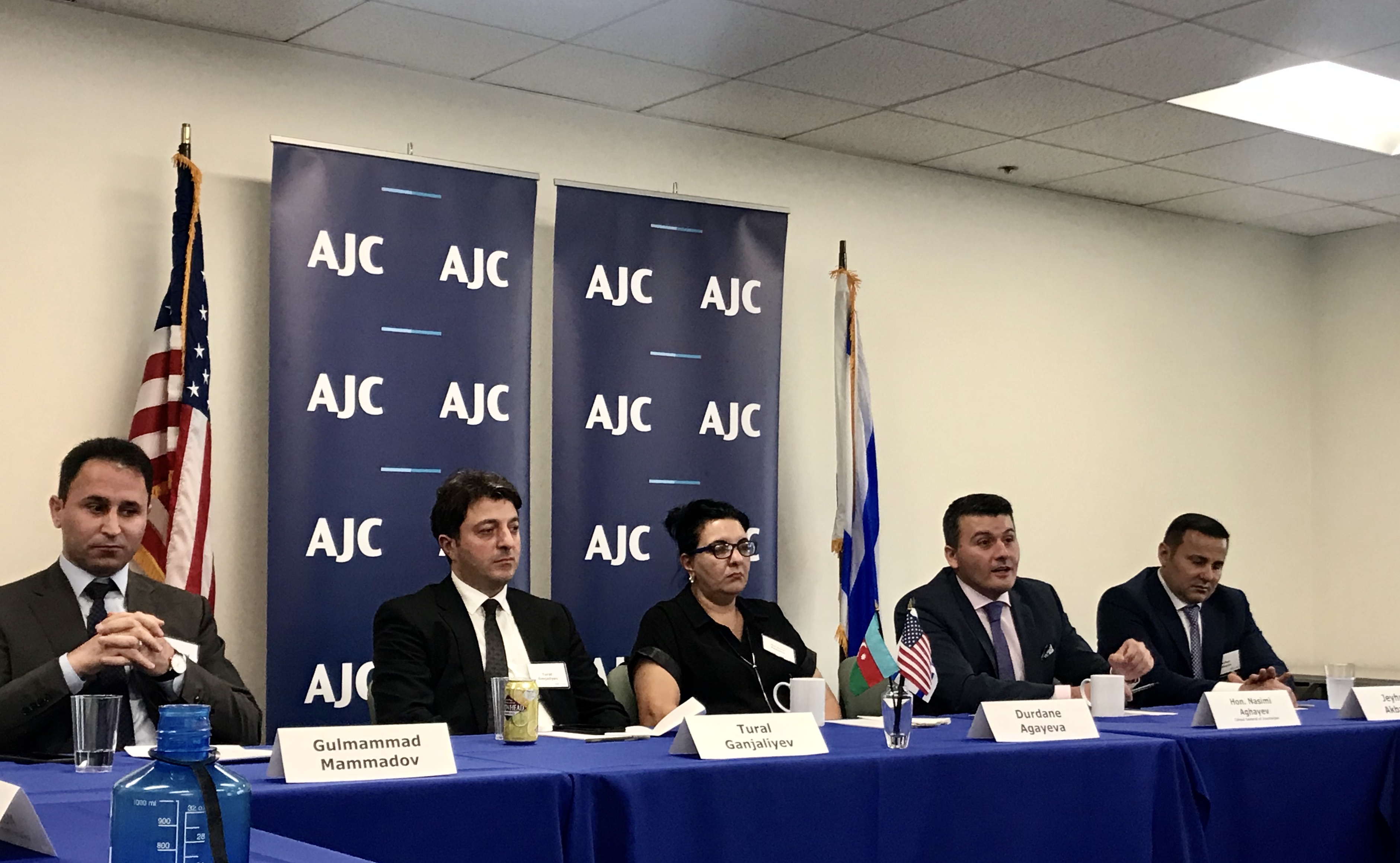 AJC Los Angeles met with Azerbaijani leaders from the Nagorno-Karabakh region of Azerbaijan, including the Chairman of the community and survivors of the 1992 Khojaly Massacre.  All are internally displaced persons (IDPs) who were forced from their homes by Armenian forces in the Nagorno-Karabakh War (1988-1994).  They shared their personal stories of both tragedy and resilience and their desire to return home and promote peaceful coexistence between the Azerbaijani and Armenian communities.  As AJC Regional President Scott Edelman shared in his opening remarks, AJC “is working to build a safer, more secure future not only for the Jewish people, but for all people.”