AJC Hosts Gideon Falter for Conversation on antisemitism in the U.K. Labour Party

In the midst of an antisemitism crisis grappling the U.K. Labour Party, AJC hosted Gideon Falter of the Campaign Against Antisemitism yesterday for a briefing and conversation. We explored the past, present and future of anti-Jewish, anti-Zionist hatred in the U.K. and what we can do to fight back. Gideon discussed the rise in antisemitic incidents in the United Kingdom and his approach to addressing the scourge.  AJC LA President Scott A. Edelman called upon attendees to urge their Member of Congress to join the Bipartisan Antisemitism Taskforce. The Taskforce, an AJC-facilitated caucus in the U.S. House of Representatives, works with government officials and diplomats to craft policies aimed at protecting Jewish communities, monitoring antisemitic incidents, preventing radicalized young people from turning to terrorism, and educating against racism. 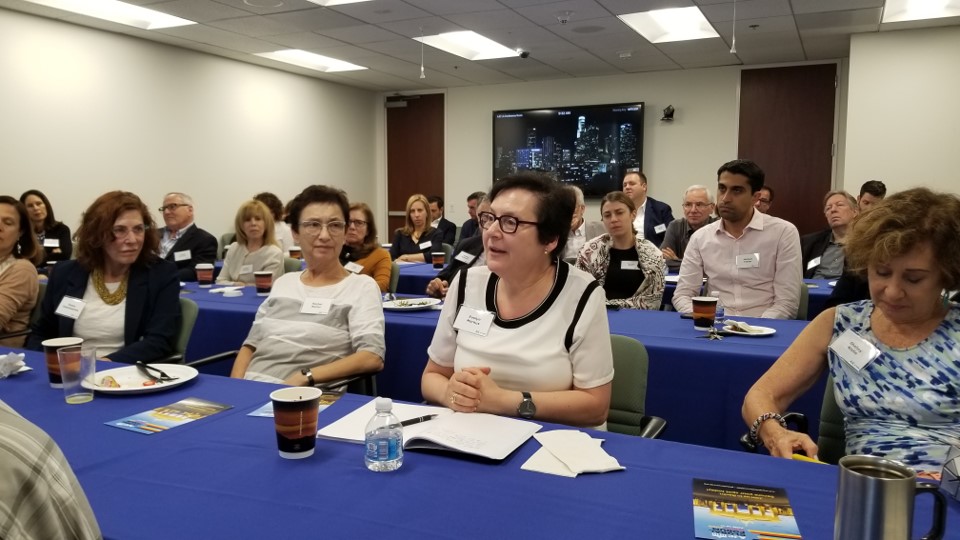