The American Jewish Committee (AJC) released today its first-ever concurrent surveys of the attitudes of Jews in France, Israel, and the United States, the three largest Jewish communities in the world.

“Some commonalities among American, French, and Israeli Jewry, comprising the great majority of world Jewry, are strikingly encouraging,” said AJC CEO David Harris. “At the same time, there are clear differences among and within these three Jewish communities about key current issues of Jewish concern and about the challenges they are likely to face in coming years.”

AJC, the leading global Jewish advocacy organization, has polled U.S. Jews annually for decades, and last year, for the first time, also polled Israeli Jews. The addition of French Jews to the mix this year provides a uniquely trifocal view of what Jews think.

Among U.S., French, and Israeli Jews there is large-scale agreement that being Jewish is mostly a matter of ethnicity and culture, with 59% of the American sample, 43% of the French and 51% of the Israelis agreeing. Roughly a quarter of respondents in each country—24% of the Americans, 25% of the French, and 24% of the Israeli—consider Jewish identity a matter of religion. And, 16% of American, 27% of French, and 23% Israeli Jews consider both identity factors equally.

Almost all Israeli Jews, 91%, as compared to 72% of Americans and 53% of French, think that a thriving State of Israel is vital for the long-term future of the Jewish people.

The first-ever AJC survey of Jews in France showed a community highly concerned about rising antisemitism. Half say the situation of Jews in France in terms of security is worse than a year ago, with 20% saying that it is better and 25% responding that it is neither better nor worse.  A majority, 58%, have personally experienced antisemitism in France, and 56% do not think that France is effectively combating that scourge.

Moreover, 55% of French Jews have considered emigrating over the past year—21% for economic reasons, 17% fearing for the community’s future, 12% worried about France’s future, and 5% for religious or cultural attractions elsewhere. Forty-one percent have not considered leaving France.

Yet, the past year also has seen an uptick in American Jewish concerns about their own security, with 65% of them stating they feel less secure than a year ago—a ten-point rise since 2018—while 15% say they are more secure and 17% about the same.

In addition, 57% of U.S. Jews say the climate on college campuses has become more hostile toward pro-Israel students—a rise of four points over 2018—with 9% saying it’s less hostile and 17% about the same.

French Jews appear more connected to Israel than American Jews.. Asked to use the metaphor of a family to describe how they view Israelis, 57% of the French sample viewed them as either siblings or first cousins, while less than half of that figure—28%--of the U.S. sample gave one of those responses. And conversely, 28% of the Americans and just 16% of the French answered, “not part of my family.”

U.S. and French Jews are more pessimistic than Israeli Jews about Israel-Diaspora relations. Those Jews who foresee a weakening of transnational ties over the next five years outnumber those anticipating stronger ties by 24% to 18% in the U.S., and by 32% to 24% in France. Among Israelis, though, 30% expect stronger ties and 23% think they will weaken.

Overall, the U.S. survey showed a slippage in warmth toward Israel. In May 2018, 70% of American Jews agreed that “caring about Israel is a very important part of my being a Jew.” That dropped to 62% this year, with the percentage strongly disagreeing rising from 9% to 15%.

Also, the percentage of U.S. Jews considering a thriving State of Israel vital for the long-term future of the Jewish people dropped since last year from 79% to 72%, and the proportion expecting ties between U.S. and Israeli Jews to weaken in the next five years rose from 15% to 24%.

AJC’s 2019 Survey of American Jewish Opinion, conducted by SSRS, is based on telephone interviews carried out April 10-May 7 with a national sample of 1,006 Jews over age 18. The margin of error is plus or minus 4.1%.

AJC’s 2019 Survey of French Jews, conducted by Ifop, is based on telephone and face-to-face interviews carried out March 11 – May 2, with a national sample of 771 Jews over age 18. The margin of error is plus or minus 2.1%.

AJC’s Survey of Israeli Jews, conducted by Geocartography, is based on telephone interviews carried out April 10 to 17, with a national sample of 1,000 Jews over age 18. The margin of error is plus or minus 3.1%. 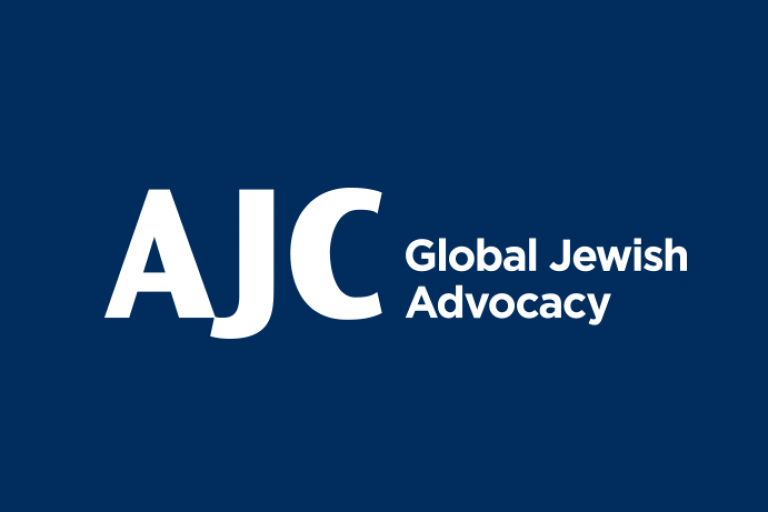 Is Israel out of the political deadlock? An analysis of the evolving political situation - AJC Advocacy Anywhere Read More