A Beacon of Moderation and Coexistence in Morocco

When Rabbi Haim Louk performed at the opening of the Andalusian Music Festival on Thursday, it was a coming home of sorts for the native Moroccan. Louk, whose booming voice has belted out classic Andalusian melodies for decades, was flanked by members of the Mohamed Larbi Temsamani Orchestra, which dedicates itself to preserving Sephardic culture.

When those two forces came together at the opening night of the 14th Annual Atlantic Andalusian Music Festival in Essaouira on Thursday night, they demonstrated how Muslims and Jews can live in harmony, both literally and figuratively.

As songs flowed seamlessly between Hebrew and Arabic in front of an eclectic array of attendees that mingled in the audience – women in various stages of modesty, men both with and without kippot – it seemed that in this sleepy coastal town coexistence is not just a lofty ideal, but a potential reality.

That message dovetailed with the AJC ACCESS/Mimouna Interfaith seminar, where Moroccan Muslims and Jews from all over the world gathered to foster dialogue between two peoples known more for being at odds than in concert with one another.

“This festival is something totally unusual,” said Andre Azoulay, a prominent senior adviser to Moroccan King Mohammad VI – who is also Jewish – at the opening of the seminar.

“I feel responsible to share with as many people as I can the fact that it is possible,” he said. “We are in a time where there is such a gap of ignorance and such regressive philosophy, that we need to send from this city a wake-up call.”

“We must close this gap of ignorance,” Azoulay said. “So we are here in this city to try to remind the Moroccan people and also to spread this message as largely as possible around the region and everywhere in the world.”

The call certainly did not fall on deaf ears in the seminar, where members of the American Jewish Committee’s ACCESS Program for young professionals had in-depth discussions with Mimouna, a non-profit organization of young Muslims dedicated to preserving Jewish life in the kingdom.

“Through AJC ACCESS we convene and empower young Jewish leaders around the world through our global network to shape conversations and have an impact on critical issues,” AJC ACCESS director Alexis Frankel said. “Morocco represented a vitally important opportunity for us to forge ties and build bridges with like-minded young leaders in the Arab world who embrace the values of dialogue and peace building.”

Rabbi David Rosen, AJC’s international director of inter-religious affairs, said at the seminar: “People assume that religion is part of the problem, but the answer will never be to avoid religion. Religion needs to be part of the solution.”

“We mustn’t be Pollyannish,” he said. “Life hasn’t always been perfect between Muslims and Jews, but today it is more necessary than ever to hold up everything good that has transpired between us.”

While Morocco prides itself on the great strides King Mohammed VI made in recent years toward preserving Jewish life, such as a comprehensive restoration of Jewish cemeteries across the country, members of Mimouna realize there’s still a lot of work to be done within the rest of the Arab world.

Mimouna, which was founded 2007, is the brainchild El Mehdi Boudra and Laziza Dalil, young students at the time.

“The youth are misinformed, they are not hostile,” Dalil said. “There’s a void, and the Israeli/Palestinian conflict fills it. So we’re trying to fill that void with issues beyond the conflict.”

A discussion about the elephant in the room was unavoidable.

“Israel will only live in true security when Palestinians can flourish, and Palestinians will only achieve self-determination if Israel is secure,” Rosen said during an explanation of how the confusion about Judaism in the Arab world and the Israeli/Palestinian conflict intersect.

For Azoulay, the assassination of former Israeli Prime Minister Yitzchak Rabin was the death knell for the peace process, and he blames a failed leadership for stymieing that process.

"I think peace in the region is my life challenge and I see it as the only way to really build and secure a better future for Israel and Palestine. There is no alternative than the two state solution, in my view," the Jewish Moroccan royal adviser said.

“In Israel and in the Jewish world, they have to speak up. I need my rabbis to speak out, I need the NGOs to go to the streets peacefully,” he said. “The power of this message is limitless. Peace is in the hands of the people.”

For Mimouna member Youssef Safine, he is doing his part by taking the expression “speaking the same language” literally when it comes to interfaith dialogue.

“As a child I would observe a blind rabbi who would talk about the synagogue in Marrakech to visiting Jews,” Safine said. “I would escort him home when he was done, and along the way, he would speak to me in Hebrew and I would learn.

“Today, I made many Israeli friends and we talk in Hebrew. I hope to go to Israel and visit them, Be’Ezrat Hashem [with God’s help].”

But as the first day of the seminar came to a close and hungry attendees ate the chicken and lamb tagines served at the hotel, one Mimouna member was still in a contemplative mood from the afternoon’s discussion.

“I remember one day when I was a child, my grandfather who lived all his life in Sefrou, a city where once half of the citizens were Jewish, said, ‘all Jews love Israel,’” Meryem, who declined to have her last name published, recalled. “It was a statement that didn’t compute to my young ears. Jews are Moroccans – why would they love another country? So, ever since then I wanted to find out more about Israel and why it’s so important to the Jewish people, and I became fascinated,” she explained.

That sentiment of tapping into the soul and spirit of the Jewish people was so palpable among both Muslims and Jews in attendance that some were heard breaking out into an evocative rendition of Hatikva, Israel’s national anthem.

Although they may not know the meaning of every word, their delivery conveyed the spirit of a song that yearns and hopes for peace. It is a Hatikva that may not be a celebration of Zion, but rather a yearning for building lasting bridges – between two ancient peoples with a common history.

The writer was a guest of the American Jewish Committee. This column originally appeared in JPOST.com. 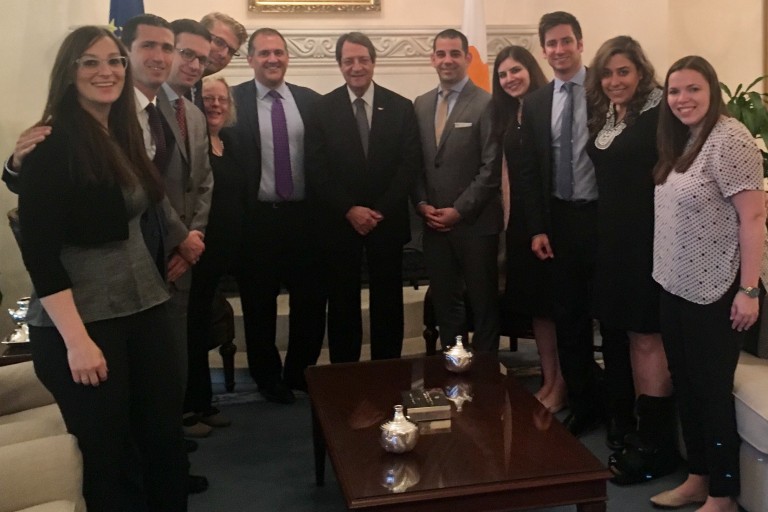 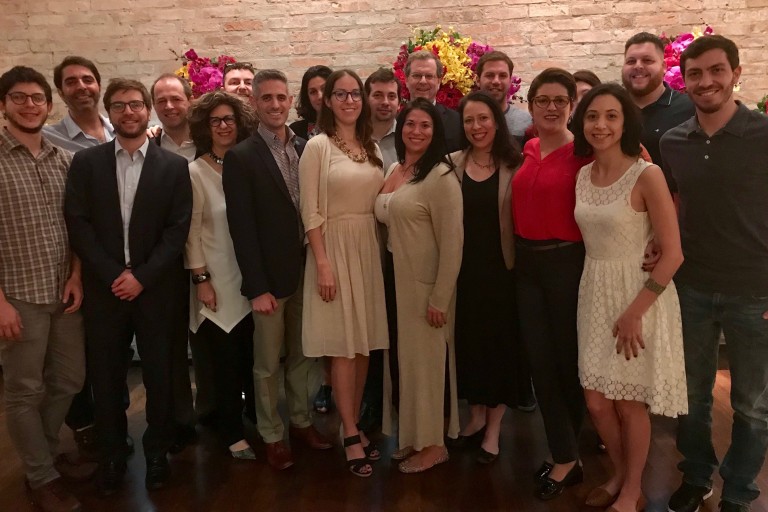