“Israel is a beacon of democracy in the Middle East, a key strategic ally, and a major economic partner. My visit only reaffirms how committed I am to strengthening our alliance and special relationship with Israel,” said Senator Rosen. “I believe that in both parties, Democrat and Republican, support for Israel is bipartisan, it is strong, and it is unwavering, and I don’t see that changing.”

AJC Project Interchange is the leading global Jewish advocacy organization’s signature educational program introducing Israel to leaders from the U.S. and other countries around the world.

“Bipartisan congressional understanding of, and support for, Israel has been an essential ingredient of the U.S.-Israel alliance. Visiting Israel, learning first-hand about the Jewish state’s diversity, achievements, and challenges is imperative,” said Jason Isaacson, AJC Chief Policy and Political Affairs Officer, who, with AJC President Harriet Schleifer, accompanied Senator Rosen and her staff on the visit. Schleifer, who assumed the AJC presidency in June, is a former national chair of AJC Project Interchange.

She traveled to the Israel-Lebanon border for an in-depth, on-site briefing on the threats posed by Hezbollah, Iran’s terrorist proxy, just days after Hezbollah launched an attack on IDF troops inside Israel’s northern border. Rosen also visited an Iron Dome Battery and IDF soldiers.

“In the face of increasing threats in the region from Iran and its proxies, the ongoing conflict in Syria, and rising global antisemitism, the bonds between the United States and Israel are more important now than they have ever been,” said Rosen. “We must continue our efforts to strengthen our security alliance and our longstanding economic partnership, which have been tremendously beneficial to both nations.”

In a moving ceremony, Rosen also laid a memorial wreath at Yad Vashem, Israel’s Holocaust Memorial, after touring the museum and meeting with the director of its education initiatives.

Rosen is the third female Jewish Senator in U.S. history, as well as the first former synagogue president to serve in the U.S. Senate. Before her election in November 2018, Rosen served in the U.S. House of Representatives, representing Nevada’s 3rd district. 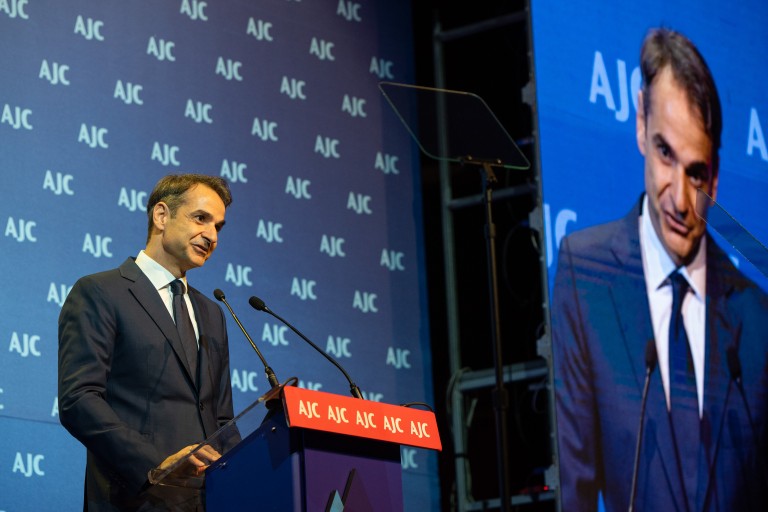