How did you get involved with AJC?

For several years, a friend in New York, who is a member of the AJC Board of Governors, kept sending me material relating to AJC. For the most part, I ignored what he sent. Roughly eight years ago, we happened to be at the same conference, and he was able to corner me. He talked at great length about AJC’s incredible work both domestically and internationally. It quickly became apparent that my only escape was to agree to an introduction to Amy Stoken, who was the AJC Chicago Regional Director at the time. When I met with Amy, we discussed my affinity for Israel and the need to aggressively combat antisemitism as well as AJC’s work in those and other areas. I stressed that I would only become involved with an organization if I could have an active role as opposed to passively contributing. Amy assured me that AJC, unlike many other Jewish organizations, provided numerous opportunities for active involvement. Based on my discussion with Amy, I joined AJC and I only wish that I agreed to become involved when my friend first approached me.

What about AJC’s work resonates with you?

AJC’s unwavering support for Israel, without necessarily agreeing with all its policies, and its groundbreaking efforts fighting antisemitism, are what resonate with me. Its intergroup dialogue complements and furthers these initiatives. We cannot allow Israel to be demonized and Jewish students made to feel unwelcome due to their support for Zionism and the State of Israel. No organization is better at addressing these issues than AJC. I am also on the Board of Trustees for AJC's Arthur and Rochelle Belfer Institute for Latino and Latin American Affairs (BILLA), which among other things, works to support and strengthen the Jewish communities in Latin America, Spain, and Portugal. Additionally, I serve on the board of AJC’s Project Interchange. Project Interchange takes leaders from government, civil society, universities, and the faith-based community to Israel to experience firsthand the complexities of the region through meeting with senior Israeli, Israeli Arab, and Palestinian leaders. These trips provide a unique and balanced insight into the nuances of the conflict. They can literally be life changing.

How is AJC different from other organizations?

Its global reach and its lay leader engagement. No Jewish organization has a greater on-the-ground presence than AJC. No Jewish organization has greater access to world leaders. No organization works harder to promote the wellbeing of Jewish communities throughout the world. And, no organization empowers its lay leaders like AJC. AJC lay leaders participate in high level meetings with foreign and domestic diplomats as well as with federal, state, and local government officials. AJC lay leaders work tirelessly to foster strong and lasting relationships with our intergroup partners. These relationships are critical at a time of rising antisemitism when we need our intergroup partners to speak out against this ancient hate. Another distinction is the opportunity for foreign travel. The trips are intense and incredibly informative. When you travel with AJC you get to meet and interact with heads of state and other senior government officials as well as with religious and community leaders. The meetings are not only substantive but at times, they have led to major improvements in relations between the host country and Israel.

What are some of your priorities in your role as AJC Chicago President? What do you hope to accomplish?

We need to improve our outreach to and engagement with Jewish students and young professionals. Our future as an organization, and as a people, depends on them. We need to identify younger Jews who are passionate about Israel, the need to fight antisemitism, and the need to fight all forms of bigotry and hate. We need to demonstrate to them that the work of AJC is consistent with their values and that AJC offers an opportunity for them to make a profound difference. It is not enough to bring them into the AJC fold. We must create opportunities for meaningful involvement.

What do you think is the most pressing issue facing the Jewish community today?

The impact anti-Zionism and demonization of Israel is having on the younger members of our community. Most members of our community support progressive causes including, among others, the fight against racism and islamophobia, LGBTQ rights and immigration reform. Disturbingly, younger Jews, whether in high school, college or the workplace, are being excluded from joining these causes unless they are willing to publicly renounce Zionism and Israel. They are being told, among other things, that Israel is illegitimate, it has no right to exist, that Jews are not entitled to their own homeland, that Israel is an apartheid State, that it promotes white supremacy, and that it engages in ethnic cleansing.

We need to enter into a dialogue with younger Jews in order to understand and address their concerns as they relate to Israel. We must do a better job of reaching out to our younger brethren and help them understand that support for progressive causes and support for Israel are not incompatible. We need to significantly improve our messaging so that young Jews learn to appreciate how Israel, even though it is not a perfect country, is in the forefront of many of the causes they hold so dear. Failure to meaningfully engage is not an option.

What advice would you give to someone who is interested in getting involved with AJC?

Get involved now. AJC’s work fighting antisemitism and all forms of hate, standing up for Israel as the homeland of the Jewish people, and promoting pluralism and democratic values here at home and throughout the world, has never been more urgent. We need your help.

What is something that people may not know about you?

Children and adults with disabilities have the absolute right to be participate in the wider community in any way that they choose. Inclusion, not exclusion, should be the guiding principle.  Since the early 1980’s, I have been actively involved working with individuals with disabilities and special needs. I initially became involved when I began volunteering with Special Olympics in the early 1980’s. I assisted at various events even playing a not very convincing Santa Claus over the holidays and traveling overnight with them to an event. In the 1990’s, I was introduced to Keshet, a national leader in promoting inclusion for individuals with disabilities and special needs. I served two terms on the board, recently rolling off due to term limits. I was also treasurer and a member of its executive committee. Currently, I am on its investment committee and strategic planning committee. The opportunity to work with this community is an incredible privilege for which I will always be grateful.

How do you spend your time outside of AJC?

I try to spend as much time as possible outdoors both in Chicago and Santa Fe, New Mexico where we have a second home. Santa Fe is particularly suited for outdoor activities including biking, hiking, and snowshoeing, all of which we enjoy. Prior to COVID my wife and I traveled extensively, particularly to the National Parks but also overseas. I try to find time every day to spend some time reading, primarily nonfiction related history. 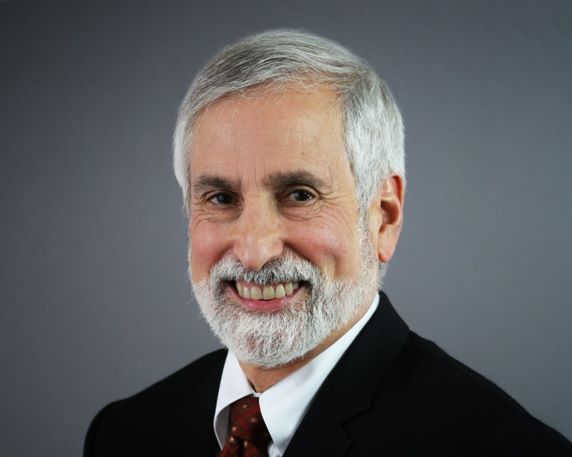 The Tree of Life Synagogue Shooting: An Oral History with Pittsburgh Mayor Bill Peduto Listen to the Podcast

Crossover with Tablet’s Unorthodox: How the Jews Went Right in Britain Listen to the Podcast