Thank you to everyone who joined us for the launch of the Atlanta Community of Conscience. With over 260 people in attendance, members of the community came together to take a stand against the division we see in today's society.

While the launch is over, the work has just begun. Building a conscience community begins right at home and we hope you'll take part in the actions listed below to continue the work.

1. Show your support and add your name to AJC's National Community of Conscience here.

2. Attend any of our community partner's events this December listed here.

3. Contact your members of Congress to improve hate crimes reporting here. In 2017, Miami, Newark, Syracuse and more than 85 other cities with a population over 100,000 failed to report hate crimes to the FBI.

4. Share AJC's Thanksgiving Reader, America's Table, with your friends, family, and loved ones this upcoming holiday. This pamphlet serves as a collection of short stories, quotes, and inspirations that value the diversity that makes the United States the special place it is. Learn more here.

About Community of Conscience

The Community of Conscience is a national initiative, convened by AJC, that brings together leaders from different backgrounds to make a statement against the division in today’s society, and discuss proactive ways we can address it. View AJC CEO, David Harris', announcement of the initiative at the 2019 AJC Global Forum in Washington, D.C. here.

Thank you to everyone who made this event possible:

Board of Governors Institute Co-Chairs

David Harris has led AJC since 1990. Described by the late Israeli President Shimon Peres as the “foreign minister of the Jewish people,” he has been invited to speak at some of the world’s most prestigious forums. He has been honored a total of 16 times by the governments of Azerbaijan, Belgium, Bulgaria, France, Germany, Italy, Japan, Latvia, Moldova, Poland, Spain, and Ukraine for his international efforts in defense of human rights, advancement of the transatlantic partnership, and dedication to the Jewish people. He has been invited to serve on four official U.S. government delegations to international conferences. He has written hundreds of articles, op-eds, letters, and reviews in leading media outlets. He is a regular contributor to the Times of Israel and other international publications. From 2001 to 2015, he had a weekly spot on the CBS Radio Network reaching millions of listeners across the United States. Educated at the University of Pennsylvania and London School of Economics, he has been a visiting scholar at Johns Hopkins University and Oxford University.

Rev. Dr. Joanna M. Adams was Morningside’s Senior Pastor from 2004 to 2010, and became its Pastor Emerita in September 2011. She began her ministry as Associate Pastor and Minister to the Community at Central Presbyterian Church in Atlanta and served for two years as Co-Pastor of Fourth Presbyterian Church in Chicago. Beyond her congregations, Rev. Adams has preached at the National Cathedral, the Memorial Church of Harvard University, and the Chautauqua Institution. A graduate of Columbia Theological Seminary, Rev. Adams holds an honorary Doctorate of Divinity from Davidson College and was awarded the Alumni Association Medal of Honor from Emory University and Columbia’s Distinguished Alumni/ae award.

Doug Shipman is President and Chief Executive Officer of the Woodruff Arts Center, home to the Alliance Theatre, the Atlanta Symphony Orchestra and the High Museum of Art. Mr. Shipman became the Arts Center CEO in July 2017, after serving as Chief Executive Officer and Managing Director of BrightHouse. Mr. Shipman, an Arkansas native, is a magna cum laude graduate of Emory University, with B.A. degrees in Economics and Political Science. He received a Master of Theological Studies from Harvard Divinity School and a Master of Public Policy from the John F. Kennedy School of Government at Harvard, both in 2001. He has been named one of Atlanta’s 100 Most influential by the Atlanta Business Chronicle and one of Georgia’s 100 Most influential by Georgia Trend Magazine.

Rabbi Noam Marans is AJC's Director of Interreligious and Intergroup Relations, heading the agency’s national interfaith outreach and advocacy. A recognized leader of Catholic-Jewish dialogue, he played a central role in celebrating the fiftieth anniversary of the transformational Nostra Aetate document, delivering a keynote address at the official U.S. Catholic commemoration and participating in multiple audiences with Pope Francis. He has also expanded AJC’s engagement with Muslims, Latino Evangelicals, and Mormons, and leads efforts to turn back anti-Israel initiatives within Mainline Protestant denominations. He spearheaded AJC’s constructive criticism of the controversial Oberammergau Passion Play, which resulted in mitigation of the production’s anti-Jewish elements. Before arriving at AJC in 2001, he served for sixteen years as rabbi of Temple Israel in Ridgewood, NJ. He earned a B.A. in political science at Columbia University and an M.A. and Rabbinical Ordination at the Jewish Theological Seminary, which has recognized him with an honorary doctorate for decades of service to the Jewish people. He is a past president of the Northern New Jersey Board of Rabbis and serves as treasurer of IJCIC, the International Jewish Committee for Interreligious Consultations. 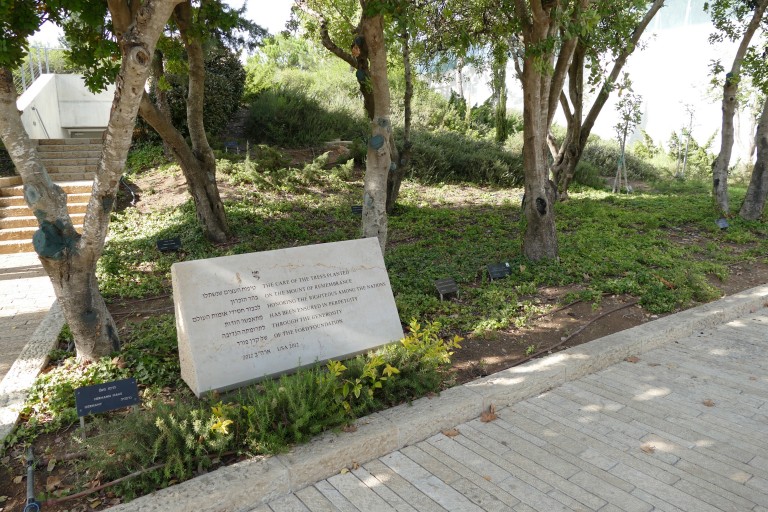