If We Are Only For Ourselves, Who Are We?

Register for the event at AJC.org/losangeles/brams. For further information, contact Michelle at laevents@ajc.org or 310-405-7563

Named in memory of Ira E. Yellin, attorney, developer, activist and visionary, the Ira E. Yellin Community Leadership Award was established in 2005. The award salutes the accomplishments of Los Angeles’ outstanding leaders from all walks of life: civic, community, business and political, who have made Los Angeles a better place for all people to live.

JULIE BRAM is a full-time community volunteer and activist. Her passion lies in using education and communication to affect positive change in the world. The impact of Julie’s work begins in Los Angeles and extends internationally to Israel and beyond. As the immediate past co-chair of International Relations of the Los Angeles AJC region, Julie worked to further productive dialogue, healthy advocacy and good relations with diplomats posted in Los Angeles.

As a founding partner and past co-chair of the Jewish Venture Philanthropy Fund, Julie has been blessed to work with many remarkable non-profit organizations. She currently serves on several local and national boards for a wide variety of causes. They include: American Friends of Hand in Hand, American Jewish Committee National Board of Governors and the executive committee of the Los Angeles chapter, AJC’s Project Interchange, the Zelikow School of Jewish Non-Profit Management of Hebrew Union College, and Jewish Women’s Theatre. Julie also served on the board of Jewish World Watch and chaired their Los Angeles Walk to End Genocide.

In addition, Julie and her husband, Steve, support a myriad of charitable causes including IsraAID, NewGround, the Jerusalem Youth Chorus, The North American Conference of Ethiopian Jewry and Jews For Judaism. Julie and Steve are also Executive Producers of BUTTER, an upcoming independent film that addresses themes of cyberbullying, obesity, and teen suicide.

Julie and Steve are proud parents of their adult children, Ben and Alanna and are thrilled that their family is growing. Alanna is married to Jazz Callner and they have a new baby boy named Ezra Solomon.

Steve is a founding partner of the Los Angeles Jewish Venture Philanthropy Fund with Julie 16 years ago. As a member of Stephen Wise Temple for 50 years, Steve currently is a Vice President of the temple, serves on their Executive Committee, Finance Committee and Board of Directors. Steve sits on the LA Board of the American Jewish Committee, is also an active member of the Washington Institute for Near East Policy and is a member of AIPAC’s LA Real Estate Leadership Council, along with AIPAC’s Political Action Committee. Steve is a Founding co-chair of Jewish National Fund’s Commercial Real Estate Society of Los Angeles (CRESLA).

Steve Bram is President and Co-Founder of George Smith Partners, a real estate capital advisory firm based in Los Angeles. GSP has 45 professionals who arrange over $4.0 billion of real estate capital annually for clients. Steve earned an MBA from The Wharton School of Finance in 1984. He also earned a BS from the Cornell University School of Hotel Administration in 1979. He lectures regularly at UCLA and USC. 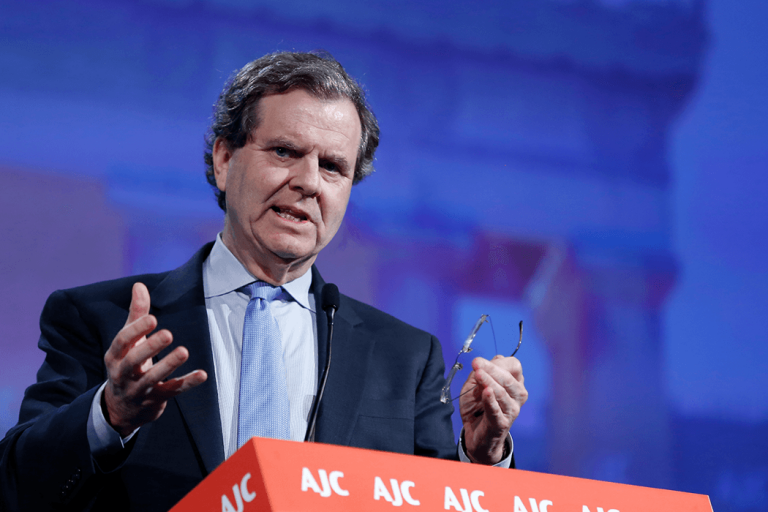 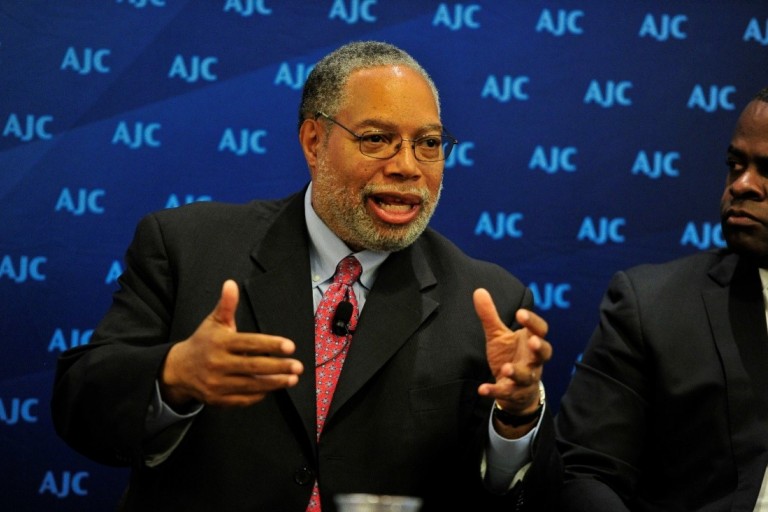 People of the Pod: Lonnie Bunch on Race Relations; Isaac Herzog on Israel and the Diaspora Listen to the Podcast